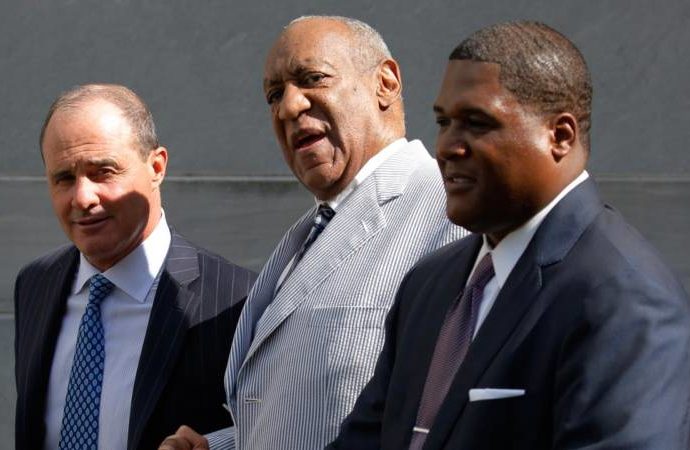 Disgraced US megastar Bill Cosby says he does not expect to testify when he goes on trial for a sexual assault next month, breaking his silence in a rare interview broadcast Tuesday.

“I just don’t want to sit there and have to figure out what I believe is a truthful answer as to whether or not I’m opening a can of something that my lawyers are scrambling,” the comedian turned pariah told Sirius XM radio.

The 79-year-old is due to stand trial in Pennsylvania on June 5 for allegedly plying a woman with pills and wine, and then assaulting her at his Philadelphia home in 2004. Jury selection is to begin next week.

The prospective trial cements a brutal fall from grace for the once treasured father figure who smashed through racial barriers and delighted audiences with his gentle, self-deprecating humour.

More than 50 women have publicly accused him of being a sexual predator over a period of four decades, making remarkably similar allegations that he fed them sedatives and alcohol that made them unable to resist his advances.

The vast majority of the alleged abuse happened too long ago to prosecute, due to statutes of limitations.

The Pennsylvania case is the only criminal charge brought against Cosby so far.

The award-winning actor admits to giving a pill to Andrea Constand, who worked for Temple University basketball team at the time, but insists their relations with consensual.

“Could be. Could be,” Cosby told Sirius XM’s Michael Smerconish when asked about claims from his daughter Ensa that racism played a role in the scandal.

“There are so many tentacles. So many different — ‘nefarious’ is a great word — and I just truly believe that some of it may very well be that,” he said.

Asked if his accusers were all lying, the actor replied: “You know better than that.”

In a clear sign that Cosby hopes to be acquitted, he said he felt he had “an awful lot to offer” in terms of writing and performing.

At times rambling and slightly confused, he said his health was good but that glaucoma has left him without sight.

The Constand case was initially settled by a civil suit in 2006, but prosecutors reopened it, claiming that new evidence had come to light.

Cosby’s legal team mocked Constand’s credibility, saying she chopped and changed her evidence, and omitted from the final version lying down on a bed next to the actor and later visiting his home for dinner.

Cosby’s most famous role was as Cliff Huxtable, the affable father of an upper-middle-class black family in New York, on “The Cosby Show” from 1984 to 1992.