Costa back training with Chelsea first team after Conte bust-up 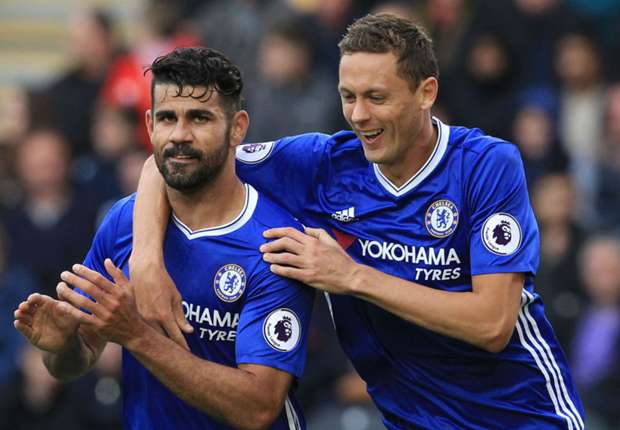 Diego Costa has returned to training with Chelsea’s first team after missing the last four sessions with a back injury – amid a row over his contract with Antonio Conte following interest from Chinese Super League club Tianjin Quanjian.

Costa, 28, was dropped from the squad as the Blues downed Leicester 3-0 in the Premier League on Saturday, but he returns ahead of their next game against Hull City on Sunday.

Goal understands that Costa was left unsettled by an offer from Tianjin Quanjian, which the club’s billionaire owner, Shu Yuhui, has recently confirmed. The offer would have quadrupled Costa’s pay, earning him £30 million-a-year.

Tianjin will look towards Fiorentina marksman Nikola Kalinic as an alternative but it is not yet clear whether Costa remains unsettled in west London and will seek a move in the summer.

Atletico Madrid were interested in signing Costa last summer, which led to similar issues, with Conte desperate to keep his striker focused during the Premier League title race.

Chelsea are still seeking to boost their squad in January and are looking at adding Swansea City’s Fernando Llorente to their ranks, but put negotiations on hold while they worked out what was going on with their leading scorer.

Costa has trained alone for the past four training sessions and Goal has been told that he worked on a niggling back injury. He is expected to remain with Chelsea’s first team for the rest of the week