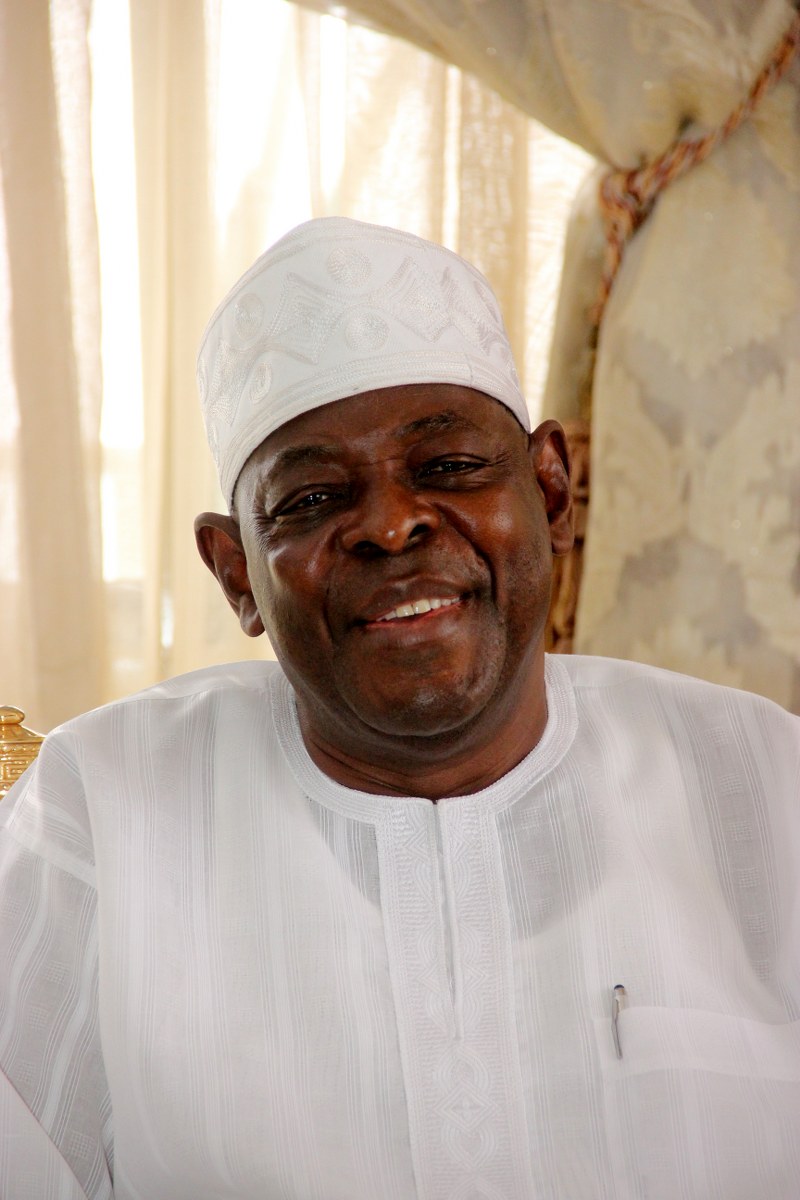 Popular businessman, Otunba (Dr.) Alex Olugbenga Onabanjo will be 70 in a few days time. He will be joining the Septugenarian club on Monday 31st, August 2020.

To celebrate his 70th birthday, his friends & associates will be hosting a Webinar on Nigerian Socio-Economic Development, Post Covid-19: The Role Of Private Sector in his honour.

Because of the COVID-19 pandemic in the country, he wouldn’t be hosting a big party to celebrate his birthday. His children had earlier on planned to celebrate him big to say Thank you Daddy, for giving them the best Education, which has helped them become the eminent people they are today, but they had to shelve the idea. In his Message to Friends and Family members, Otunba Onabanjo revealed how he plans to celebrate his birthday:

“This is to inform you that by the Grace of God I will be70years old on the 31st of this month, August. A few days to the time I will be cutting the tape of an Academic Staff Building at the Abraham Adesanya Polytechnic Ijebu Igbo, built and donated by me to mark my birthday,  as I have donated an Auditorium and a Senior Staff Canteen to Tai Solarin University Of Education.

Also, in the past, I have donated an Electronic Library with 500 Computers , and 2 powerful generators to carry the building. I also built and donated the Student Union building there.This is to mention a few things that I have done in the area of Empowering Education in my state.

There will be a Lecture on the 30th of August. Due to Covid-19 people will be invited to join Online, a church service at my residence on the 31st of August and I will be hosted by Professors that constitute Ago-Iwoye Electives  on the 1st of Sept at my residence in Ago Iwoye.”

Lets tell you more about Otunba Alex Onabanjo. He had his Primary and Post Primary Education in Nigeria and proceeded to the United States of America for his first degree and Master’s degree. He finished both with flying colours. From that moment of resounding academic success, he became an exceptional Nigerian of many parts. His eventful career has spanned the professions, the private sector of Nigeria enterprise, the business world,educational philanthropic, and service to God and Humanity.

He was sponsored by the company to attend the West Africa Sale Management Course that took place at Berris St. Edmund and Columbia Graduate School of Business New York, for Executive courses on Sales management in 1978 and 1979 respectively.

Otunba Onabanjo left Nigeria Motor Industry in 1981 to become the Managing Director of Quality Printing and Paper Company Limited, in Ilupeju-Lagos. He resigned his appointment as Managing Director of the company to set-up his own company in 1987 and became a more active participant in the organised private sector.

He also joined other Nigerian entrepreneurs to form several companies where he served as a member of board of 15 corporate organisations. Otunba Alex Onabanjo has substantial investment in Oil and Energy companies, serving oil companies through strategic alliance with technical partners around the world. Later on he established PSG Exploration Nig. Ltd. in partnership with a Norwegian company and Nigeria’s NNPC.

Otunba Onabanjo is also an icon of social and philanthropic services with diverse interest, covering many areas including Education, sports, culture, and voluntary organizations.

He was the Director of International Services of the Rotary Club of Surulere, a Paul Harris Fellow and Five Star General in Rotary International. He has significantly contributed in various ways to the beterment of the society at various fronts by endowing numerous prizes in Business Administration and Physical Sciences disciplines in various Nigerian universities.

Perhaps, the most significant contributionn of Otunba Onabanjo so far in the realm of Education is the endowment of Geological equipments worth N200 million to the Department of Earth Sciences in Ogun State University Ago-Iwoye in 1999 and N227million OTUNBA ALEX ONABANJO PETRO-CHEMICAL SCIENCE LABORATORY AND OFFICES Complex at Tai Solarin University of Education, Ijagun Ogun State in 2007.

To cap his contributions to knowledge, learning and leadership drive, he was awarded the Honorary DEGREE OF DOCTOR OF SCIENCE EDUCATION D.SC. (ED) (HONORIS CAUSA) OF THE FIRST UNIVERSITY OF EDUCATION IN NIGERIA, THE TAI SOLARIN UNIVERSITY OF EDUCATION, IJAGUN, OGUN STATE, ON THE 28TH NOVEMBER, 2006. Three years later, he was appointed the Pro-Chancellor and Chairman of the Governing Council of the foremost University in Ogun State, the Olabisi Onabanjo University (Formerly Ogun State University), Ago-Iwoye between 2009 and 2012.

He is Otunba Sakinmolu of Ago-Iwoye (1984) and Aro Oba of Ago-Iwoye (in 1994). Otunba Alex Onabanjo is happily married to the only and lovely Yeye-Oge of Ago-Iwoye, Olanrewaju (nee Adesanya) and they have 5 children.

Otunba Onabanjo is a selfless servant and profound achiever; a philanthropist and exceptional detribalised Nigerian. He is a widely travelled African to developed and developing areas of the world.

He is a successful family man and an inspiring role model; He is an excellent speaker with lovely sense of humour, accompanied by enriched words; an influential entrepreneur that presently provides jobs for thousands of Nigerians and foreigners; He is a Chief Executive of inspiring businesses that are devoted to the development of young Nigerian managers and a complete gentleman. We wish this handsome, tall and stylish businessman, a happy 70th birthday.