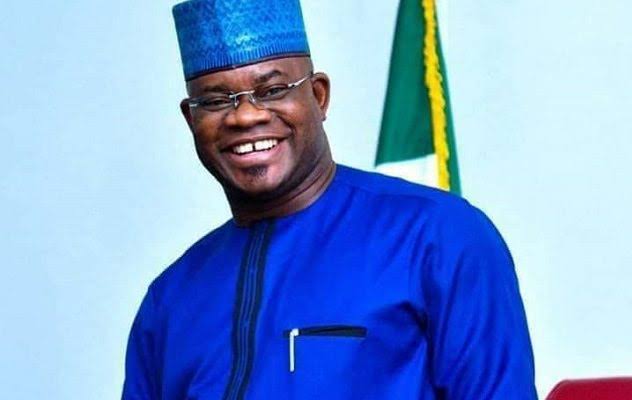 A Federal High Court, Abuja, on Friday, adjourned continuation of hearing on the suit challenging whether Gov. Yahaya Bello of Kogi is fit to contest in the Nov. 16 governorship election till Nov. 21.

The presiding judge, Justice Inyang Ekwo, who adjourned the case, said the decision was to afford Gov. Bello, who sought to be joined in the matter, a fair hearing.

Justice Ekwo said all preliminary objections in the suit would be taken in the adjourned date and any party absent on the day would be deemed to have adopted them.

NAN reports that Bello had, through his lawyer, Mike Enahoro, filed a motion to be joined in the case on Friday.

Counsel to the plaintiff, Chief Mike Ozekhome, SAN, who acknowledged receipt of the motion hinted that the motion sought to stop the court’s proceeding on the matter.

He, however, argued that the motion be thrown out considering that the election is Saturday.

On his part, Counsel to the APC, Abdulwahab Mohammed, said he would need more time to study the motion.

However, Counsel to INEC, Alhassan Umar, SAN, said he had no objection to the motion.

The suit, dated Oct. 10 and marked: FHC/ABJ/CS/1221/2019, filed by Chief Mike Ozekhome, SAN, on Akpoti’s behalf, sought the court’s determination on the eligibility of Governor Bello in the Saturday election, having allegedly involved in double registration as a voter.

Akpoti said “that by his wilful act of making double registration as a voter, Yahaya Bello, candidate of the 1st defendant is not a fit and proper person to be allowed by the 2nd defendant to vote or be voted for in the forthcoming Kogi state governorship election, having committed acts of electoral fraud.

“That Mr Yahaya Bella. the candidate of the 1st Defendant. was initially registered as a voter sometime in 2011 in Abuja, by the 2nd defendant.

“That the said Yahaya Bello, the candidate of the 1st defendant carried out the double registration with the 2nd defendant so as to scuttle due electoral process.

“That such a person is not a fit and proper person to vote for in any election, let alone for the high office of the governor of a state.”