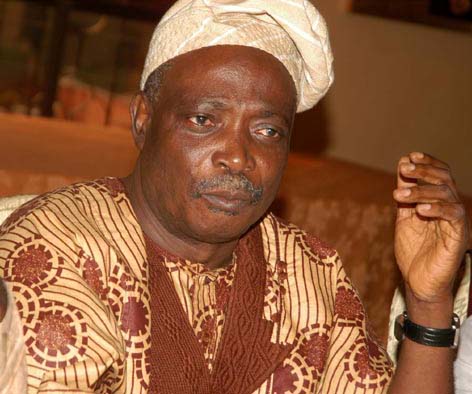 The judge while delivering judgment in the trial faulted the prosecution’s case, saying it was full of contradictions.

He said the case was badly prosecuted.

The judge said EFCC’s case lacked credible evidence and that the prosecution’s case was full of contradictions.

Justice Idris held that the prosecution failed to prove a single ingredient in the 11-count charge.

“The court found the defendants not guilty,” the judge held in 11 counts.

He started reading the judgment at about 10am at the Federal High Court in Lagos.

He began by announcing that the judgment was up to 250 pages, but that he would skip some aspects.

“If have to read the entire judgment, we’ll leave here by 6pm. So I’ll skip some.”

Justice Idris is the third judge to handle the case after Justices I. M. Sanni and A. R. Mohammed.

Twelve witnesses were called in the course of the trial, six each by the prosecution and defence.

The case went up to the Supreme Court due to interlocutory appeals filed by Ladoja.

Ladoja was re-arraigned along with his former Commissioner for Finance Waheed Akanbi on 11 counts of money laundering and unlawful conversion of public funds.

In the amended charge, EFCC added that Ladoja allegedly “compelled” a broker to sell the state’s shares.

EFCC alleged that the former governor allegedly did not remit N1.9billion realised from the sale of the shares.

The prosecution and the defence adopted their final written addresses and made closing arguments on January 21.

Justice Idris, who was elevated to the Court of Appeal, concluded the trial through a fiat.

EFCC accused the defendants of converting N1,932,940,032.48 belonging to Oyo to their personal use through the Guaranty Trust Bank account of a company, Heritage Apartments Limited, despite knowing that it was proceed of crime.

The prosecution said Ladoja removed £600,000 from the state coffers in 2007 and sent it to Bimpe Ladoja in London.