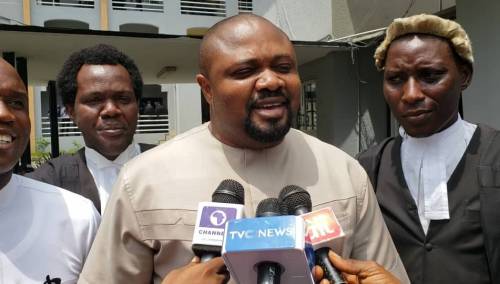 The Federal High Court in Ikoyi, Lagos has discharged and acquitted Waripamo-Owei Dudafa, a former Special Adviser to ex-President Goodluck Jonathan, who was accused of N1.6bn fraud.

Dudafa was charged alongside Joseph Iwuejo, a banker, by the Economic and Financial Crimes Commission.

The presiding judge, Justice Mohammed Idris, on Thursday gave the ruling following a long legal battle between the EFCC and the defendants.

He ruled that the anti-graft agency failed to prove its case, therefore unable to find the defendant guilty of any of the allegations of money laundering and conspiracy.

READ ALSO: WHAT HAS GONE WRONG BETWEEN TONTO DIKEH, BOBRISKY AND TOYIN ABRAHAM

WHAT HAS GONE WRONG BETWEEN TONTO DIKEH, BOBRISKY AND TOYIN ABRAHAM