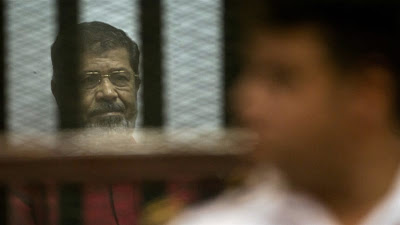 An Egyptian court has upheld a life sentence for ousted Islamist president Mohamed Morsi on charges of harming national security by leaking secret state documents to Qatar while he was in office.

Morsi, democratically elected after Egypt’s 2011 revolution, was removed from his position in mid-2013 by a coup led by Abdel Fattah al-Sisi, the army chief of the time. Morsi was immediately arrested after the coup and Sisi has been the president of the country since 2013.

The court also confirmed death sentences against three defendants in the same case.  There have been no explanations yet for the rulings and they cannot be appealed.

In 2014, Egypt charged Morsi and nine others with endangering national security by leaking state secrets and sensitive documents to Qatar.

Morsi is already serving a 20-year sentence after being convicted for the killing of protesters during demonstrations in 2012.

Since toppling Morsi, Sisi has clamped down on dissent. Mass trials have been held for thousands of supporters of Muslim Brotherhood, which Morsi was a member of, and hundreds have received death sentences or lengthy prison terms.