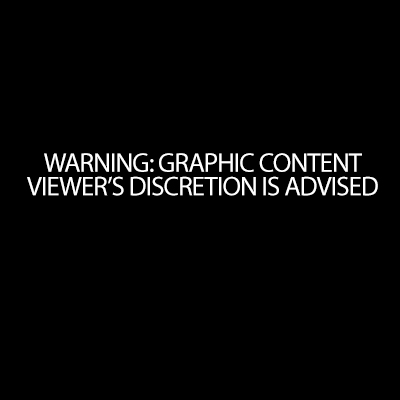 A 72-year-old man, Idris Ajao, has been arrested by the Osun State Police Command for being in possession of a human skull.

Ajao, who claims to be a bricklayer and was arrested at Iwo, however, blamed it on the devil as he said it was a herbalist by the name Tajudeen Jawesola that asked him to exhume skulls from graves in a cemetery in return for N10,000.

Fimihan Adeoye, the Commissioner of Police in the state, said police detectives got the hint about the atrocities of Ajao and trailed him until he was caught with the skull.

Nemesis caught up with him when policemen deployed around the cemetery acting on a tip off caught him red handed with a skull.
Speaking to newsmen, Ajao said:

“It was Jawesola that asked me to get the human skull for him.“Everybody knows Jawesola to be a herbalist and he wanted to use the human skull to do his work. He said he would give me N10, 000. I should not have listened to him. It is a mistake”. 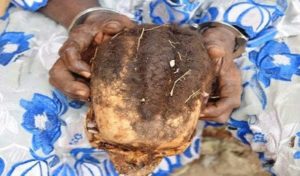 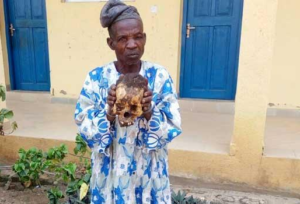 Miraculous: A Baby Born Without A Vagina Receives One Through A Prophetic Channel {Video}