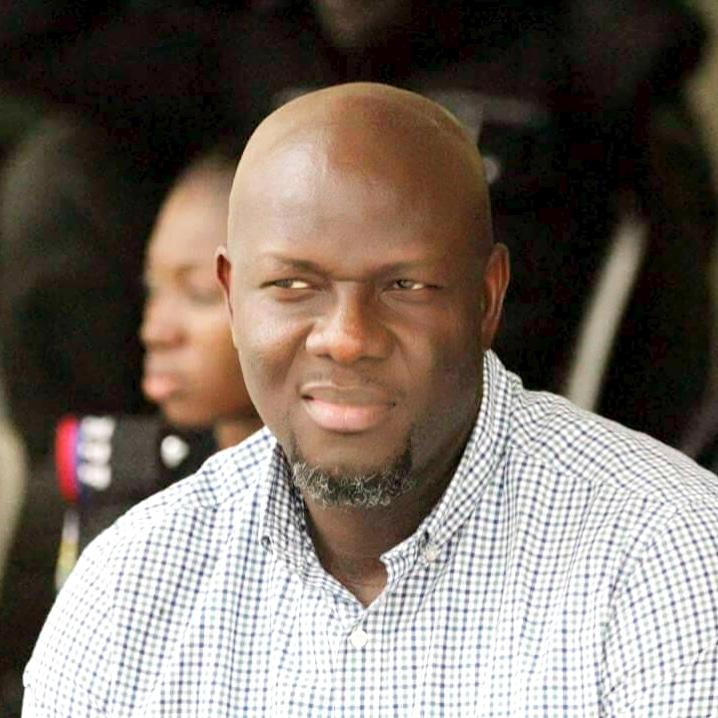 Chukwudi Dimkpa is a savvy Rivers man. He is a Registered Engineer and a Fellow of the Nigerian Society of Engineers. A polo player, footballer, Karateka and Politician with a difference.

Dimkpa was an aspirant for Ikwerre/Emohua Federal Constituency under the Peoples Democratic Party (PDP) before his defection to All Progressive Congress (APC). This grassroot mobilizer has impacted a lot on youths in the Niger Delta region and in Rivers State politics generally.

He has a lot of Awards for his achievements. A powerful dresser was almost assassinated. City People’s Business Development Manager, BUNMI DUROJAIYE interviewed him recently in his tastefully furnished Office in Port Harcourt

Give us a brief on your background

My father was an exploration geophysicist with Shell and my mother is an educationist and retired as a Deputy Registrar from the University of Port Harcourt.
My early education started in Lagos, I attended Umbrella Nursery school and proceeded to University Demonstration Primary (UDPS) in Port Harcourt. I later attended Bushey Middle School in the UK and University Demonstration Secondary School (UDSS) of which I am currently the Alumni President. I went to University of Port Harcourt where I studied Engineering and I am a Registered Engineer and a Fellow of the Nigerian Society of Engineers.

How do you describe your political side?

I play politics. There is a difference between being tagged a Politician and someone who plays politics ,reason is the people tagged as Politicians don’t have a second address, meaning they have nothing else they do aside politics.

Why are you so relevant in South – East and South – South?

God!, you tell me.(laughs). Like l said alot of Politician will go through various lenghts all to gain power, turning it to a do or die things. I wont. Politics to me is not do or die and I believe I have showcased same over the years and brought to the table a different style I think people can relate with.

Relevance, for me is a case of having a you have to have something 360 view of the political clime and this can be achieved by having a second address which reduces the pressure on you to a great extent…

Alot of our youths have come to the conclusion that someone must give them handouts for them to survive.

l give the scenario of present Leaders when they were their age,what they were doing at the end of the day nobody says you should not serve but bring something to the table as you are serving and the person you are serving also recognises that this person has content and with your ideas you get pushed up.
Not every minute your slogan being “anything for the boys”.

Why did you leave PDP for APC?

The assassination attempt on your life, it was rumoured that it was from APC. What is your take on that?

Well the assassination attempt was made to be as of it was from APC,it was not the APC,we all know where it came from.It was dealt with decisively. Sometimes you can be within a setting and some people will feel this person is becoming too close to their principal or their Principal is seeming to give this person attention. That’s wat happened.

Any regrets joining APC now that there is the internal crisis?

You see a man that marries two wives will know which one is better. Moving to the APC,there is something about the man Chibuike Rotimi Amaechi that if you look at what he has done for people by taking them from 0 to 100, its second to none. Majority of our modern day politicians were empowered by Amaechi.

So I can relate with the Human Capital Development aspect of the man called Chibuike Rotimi Amaechi. He is arguably the only politician who l know he has taken people from Zero to 300% without expecting anything from you. Coming to the internal issues in the APC…

Well, its politics, the jostle for political space is normal but it’s sad some persons who were or are beneficiaries of a system would decide to cripple the system because they perceive they may not be getting what they may believe is a birth right. So to me, the rancour in APC is normal ,the PDP will soon have their own, 2023 is close and it is a peculiar political year where everybody will be out-going.

By everybody I mean at the Federal and state level, so the whole interest starts now with everybody jostling for relevance. Today is Rivers State APC watch out Rivers State PDP will have theirs because there will be a plot for succession. So its politics.

What are you looking at ahead 2023

What advice do you have for the youth?

Firstly , they have to believe in themselves and understand that they can do it and remember that they are actually the force and the power brokers.The age bracket 18 to 45 are actually the voting strength and if you don’t believe in yourself you will be given handouts. You have to build yourself alot of people actually sit back and waiting for somebody to push them.

Actually someone can push them but only you can push yourself. Build yourself.

You are a sort of bridge between the old and the new politicians. How do you do it?

We have gotten to a point that we have forgotten we are Rivers people. We are all human beings and should treat ourselves as same. That we are in different political parties does not make us enemies.we need to understand that and grow away from this politics of bitterness when it comes to elections. I will deliver my own party, while you try and deliver your own and the winner must not take all.

We especially those of us in Rivers state must know when politics ends and governance starts. We need to bridge the gap between the old and new by preaching politics without bitterness. Our State will be better off for it.

What do you do for leisure?

Polo football and karate. I used to be an active karateka back in the days but my schedule doesnt allow me these days. I have been an Arsenal fan since 1987.l play Polo and currently the Vice President of the Port Harcourt Polo Club. I am also the Patron, of the Strata Base Polo Team which arguably is the biggest Polo brand East of the Niger.

What should we expect from you in the next 5 years?

Talk about your fashion sense

I am aware of my environment and that exposes me to the trends I think will be suitable for me.

How K1’s Best Friend, Bolaji Basia Celebrated Him On His Birthday