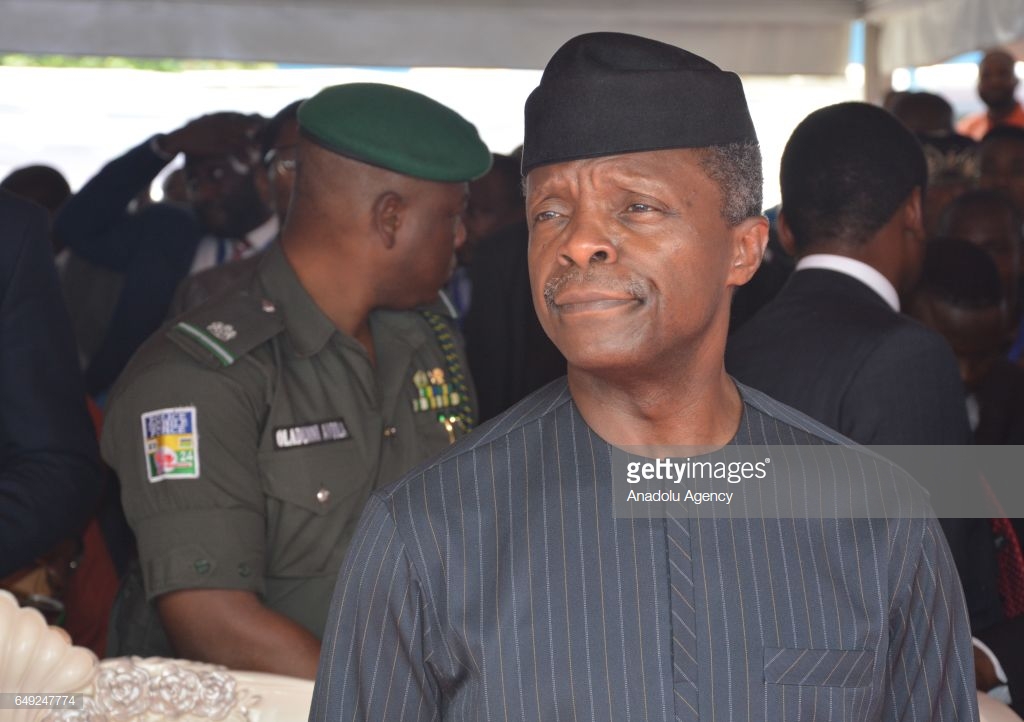 Pastor Yemi Osinbajo has advised members of the Peoples Democratic Party (PDP) to quickly join the ruling APC before they die.

The Vice President gave the advice jokingly to PDP members when he spoke at the 80th birthday dinner of former National Chairman of the APC, Chief John Odigie-Oyegun, which held on Saturday August 17th.

The Vice President who told a story of an American Republican Senator who told his bewildered family on his dying bed that he wants to cross over to the Democrat republic, said

“Let me tell a story of politician who was a long time life Republican politician in the US. He was lying down on a sick bed and was about to die, and he said, ‘I want to change my party, I want to become a Democrat so that tomorrow it will be announced that a Democrat died not a Republican’. You can see that we politicians very faithful and very loyal indeed. I can only ask our friends in PDP also to ensure that they cross over before they die! It is time for them to cross over”

Why More & More People Are Hypertensive...