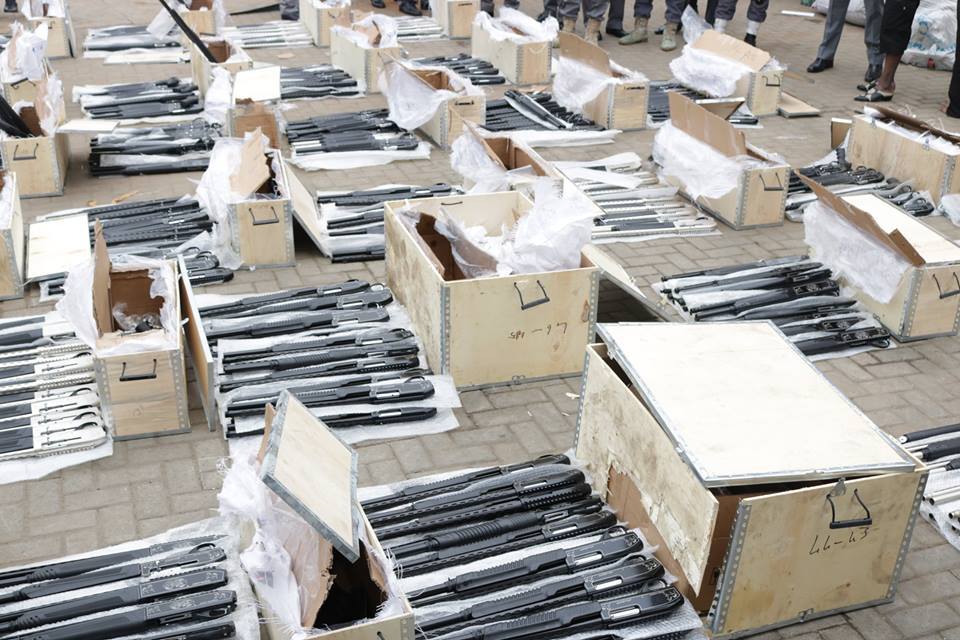 The Nigeria Customs Service (NCS) says the container-load of arms it seized at Tin Can port, Lagos, on Tuesday, was imported from Turkey.

Monday Abue, head of Tin Can Island command, who disclosed this to journalists, said the consignment was falsely declared as plaster of Paris (POP).

He said the cargo contained 440 arms and ammunition, and that investigation was in progress to locate the importer.

“They are pump action rifles of various designs and also the single barrel device that you are familiar with. Based on intelligence report, Controller Bashar identified and intercepted the container,” he explained.

“We discovered that they used POP to conceal the importation. We have arrested one defendant but due to security reasons, we don’t want to make it public for now because such information could hamper investigations which are still ongoing.”

The latest seizure is coming a few months after the customs seized a cache of arms in Lagos. Though no further information has been given on the bust.

Customs: Seized cargo contained 440 arms was imported from Turkey was last modified: May 23rd, 2017 by Reporter

How I Became BIG In Event Planning...

Things to do when your boss has...