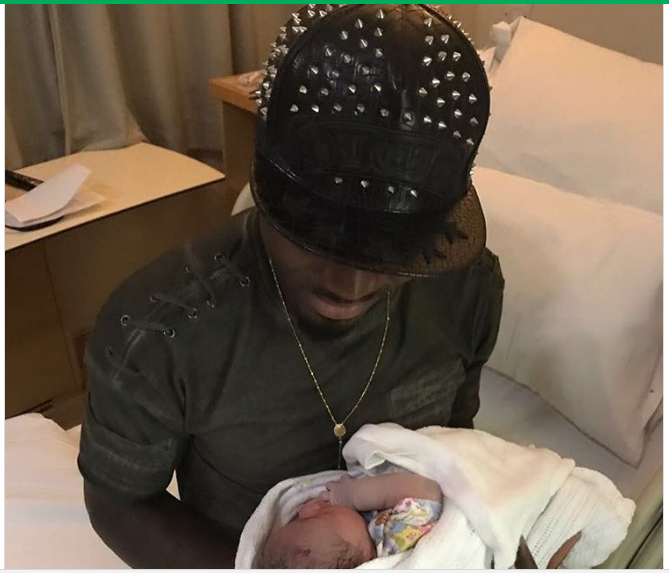 Former Super Eagles goal poacher, Emmanuel Emenike and his wife Iheoma Nnadi are relishing the moment as the couple has welcomed their first baby.

The couple is currently in the best of moods as they recently welcomed their baby girl in a UK hospital on August 8, 2017, and the excited dad took to the Instagram to share the news.

He wrote: “Blessed and highly favoured. Our princess is here. #daddyduties.” 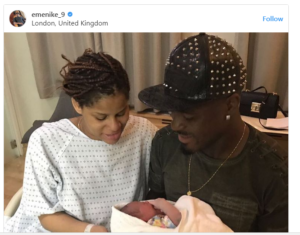 Iheoma and the Olympiakos striker got engaged in September 2016.

After their engagement was announced, rumors began flying that Iheoma was pregnant but she vehemently denied the news then.

Nine months later, it is safe to say that her story has changed

Emenike shockingly announced his retirement from international duty in October 2015 following an alleged rift with former Super Eagles coach Sunday Oliseh, but reports say current Super Eagles coach Gernot Rohr is making efforts to bring him back into what looks like a new national team entirely.