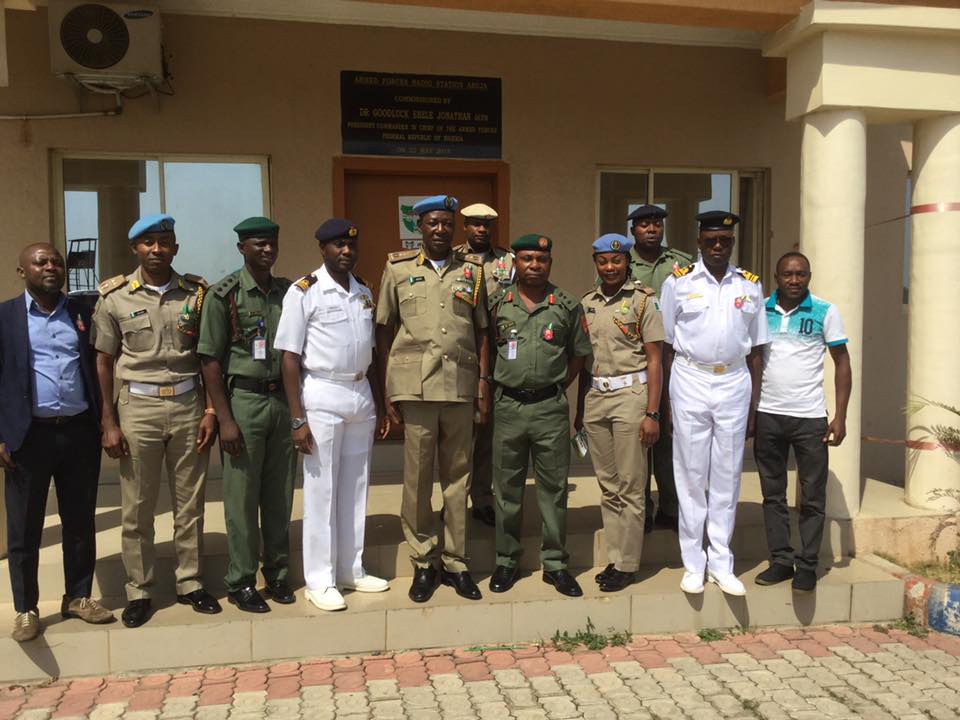 Minister for youths and sports, Solomon Dalung, has thrown his weights behind the Peace Corps bill saying it will save Nigeria from “criminality.”

Dalung made this expression when he received the harmonised version of the bill from commandant of Peace Corps of Nigeria, Dickson Akoh, on Wednesday.

The minister claimed that he loses sleep over jobless youths on the streets and noted that if the country does not invest in the youths, it is inadvertently investing in criminals.

“For me as a minister of youth, I have a lot of young people on the street which every day I lose my sleep over what we should do for them. So if we have this organisation coming up and depopulating these young people, it will be a celebration that our problems are reducing on daily basis,” Dalung said.

“On this note, I call on all Nigerians with the initiative of opportunity of engaging our young people, to please put it into practice. Let’s join our hands together and engage our young people productively so that we can be sure of a better country tomorrow.

“Just like every other voluntary organisation under the ministry of youths and sports development, we have the Nigerian Boys Scout, they wear uniform, they have regimented operation, they train and they contribute positively to maintaining law and order in this country.

“The Nigerian Man ‘O’ War dress even in the manner that is similar to the military, they are involved in training that are regimental training, they have been operating and making great contributions to peace and security in Nigeria.

“I must start by commending those organisations, because if they had not created those spaces, we could not have imagined what could have become of our young people. The crime profile would have been more sophisticated than it is today. It could have also escalated to a very fast speed, like the GSM speed.

“We must not turn blind eyes to the effort of anybody in this country who is legitimately involved, in engaging our young people, to train them into the future leaders, by engaging them within the time space in which they will officially have something doing.”

He said the legislation has put the Peace Corps “in the court of public opinion for trial” and they must not give Nigerians the evidence to convict them for not living up to your expectations.

On his part, Akoh said the purpose of his visit to the minister was to seek his support for the assent to the bill since the corps would be domiciled under his ministry, when established.

Charly Boy Embarks on Another Protest for Diezani’s extradition