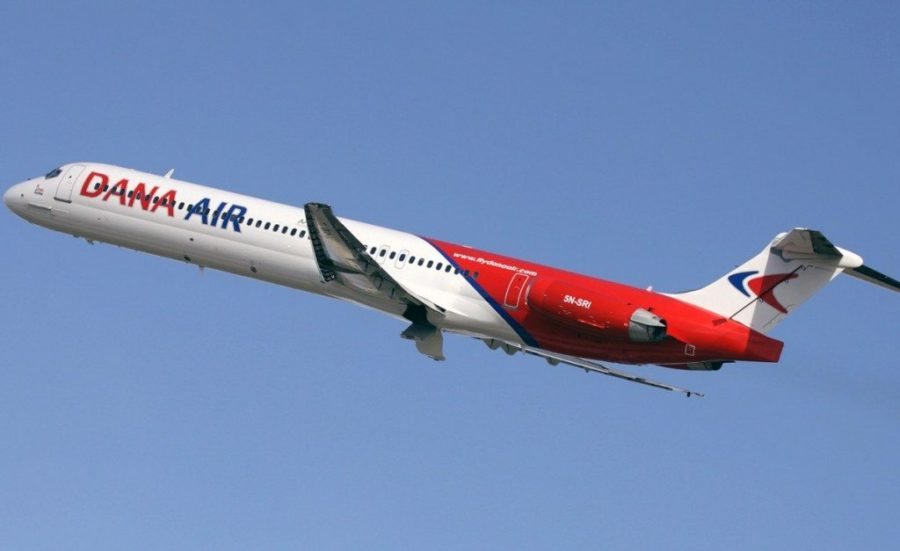 A Dana Air aircraft en-route Port Harcourt on Friday morning, made an ‘air return’, some minutes after take-off from the Murtala Muhammed Airport II, Lagos.

The aircraft, with registration number 5N-SRI returned after colliding with a bird mid-air.

The Communications Manager of the airline, Mr Kingsley Ezenwa, confirmed the incident in a statement.

Ezenwa said the captain took a professional decision by returning to the Lagos airport.

“A bird strike is a collision between a bird and an aircraft that is airborne and as per standard safety procedure which is the hallmark of our operation, our pilot returned to base.

“Our guests have however been put on another aircraft to ensure that their itinerary is not entirely disrupted.

“The aircraft is currently being evaluated by our engineers to determine the effect of the bird strike on its affected engine,’’ he said.

The manager also assured Dana Air’s customers that the airline would continue to give priority to their safety and comfort.

Adurogboye said the pilot acted according to Standard and Recommended Practices, as such the incidences should not be sensationalised.

“The pilot did the right thing by returning to base.

“The aircraft had already lost one engine as a result of the bird strike and the standard practice is that the pilot should land at the nearest airport.

“Once such incident occurs, it is mandatory for the airline to make a report to the NCAA,’’ he said.

This is the third incident recorded by the Nigerian aviation sector in the last 72 hours.

An Aero Contractors flight NG316 en-route Lagos, from Port Harcourt, was on Tuesday engulfed in smoke about 20 minutes after take-off, causing panic among the passengers.

Similarly, two aircraft belonging to Air Peace were on Thursday involved in a ground collision at the General Aviation Terminal of the Murtala Mohammed Airport, Lagos.