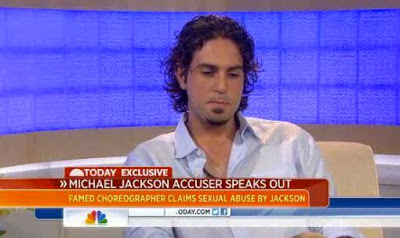 Michael Jackson, while alive was on the list of American Paedophile list. He was accused by numbers of his kiddies fans and lovers on how he molested them. Wade Robson at that time was placed as a witness in defence of Michael. It is funny how he chose this time to rescind his defence of four years ago and demand for a compensation. In his word on MSNBC he said;
“I’ve lived in silence and denial for 22 years and I can’t spend another moment in that….”

Now who pays for the crime of the dead…?

Dancer Wade Robson Speaks Out: Michael Jackson molested me’ was last modified: May 17th, 2017 by Reporter

Why Many Muslims Must Visit Mount Arafat

‘My brother was buried on Friday and...