Davido at the Funeral Ceremony of His Late Friend, DJ Olu (Photos) 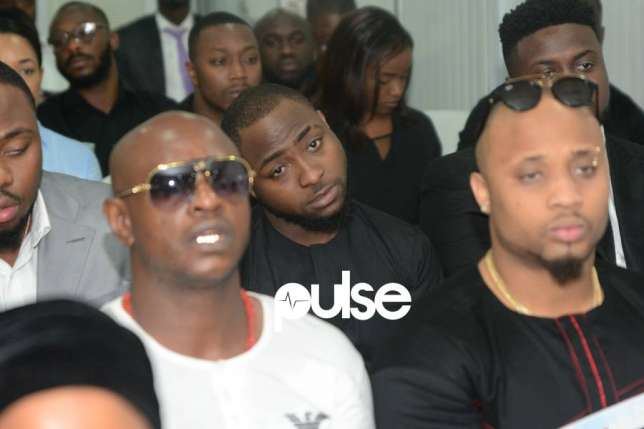 Nigerian singer Davido has been spotted at the ongoing funeral ceremony of late Nigerian DJ, DJ Olu, who died in mysterious circumstance in his car on Saturday October 7th alongside a friend identified as Chime.
The ceremony is holding at Emmanuel Chapel, 405 Close, Banana Island, Lagos. Davido alongside his manager, Asa Asika were spotted at the venue. Davido and DJ Olu were very close as the late DJ was part of a few people he associated with.
DJ Olu’s service of songs was held yesterday, Wednesday, October 11, 2017 at Olaniwun Ajayi Gardens in Banana Island with his friends and family in attendance. Davido at the Funeral Ceremony of His Late Friend, DJ Olu (Photos) was last modified: October 12th, 2017 by Arinze Ago