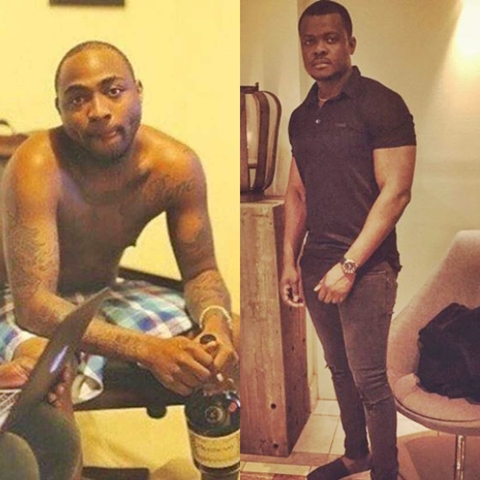 American-born popular Nigerian singer, David Adedeji Adeleke, a.k.a Davido, was reportedly lucky to have escaped after a massive fight broke out between his team, and a UK-based Nigerian young man simply identified as Mr Chris in London.
Mr Chris took to his social media page to reveal that he and 30 members of his crew attacked Davido who narrowly escaped through the back door.
According to Chris, some of OBO’s crew members were however not lucky to get away, as they were left black eyes as a result of the ensuing brawl. in the London club.
“Davido, your a big prick. You got lucky last night fool. Heard you got sneaked out through back door. This is london not Nigeria you fool. the burtsed eyes those cunts around you suffered wasn’t enough for me. Wish I did more,” Chris wrote on his snapchat.
Below is another post he made on Instagram about the incident;