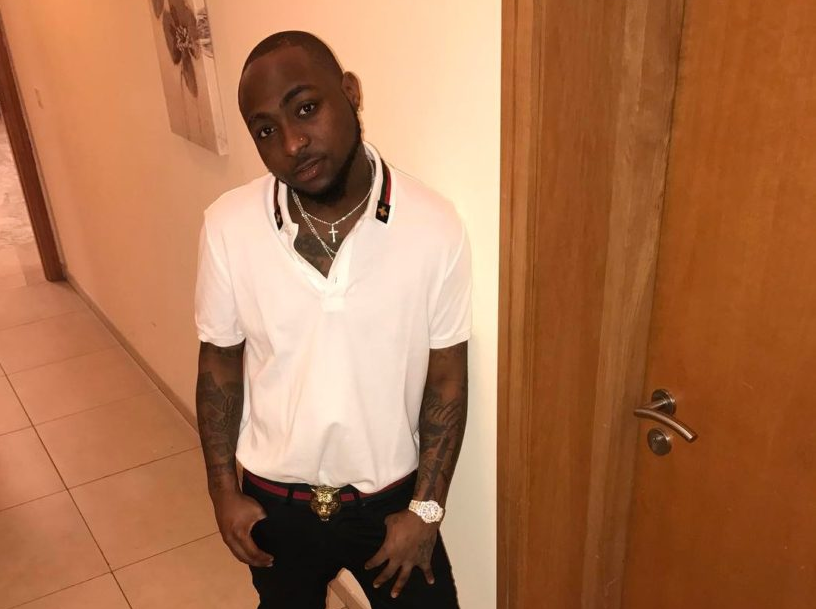 Pere crooner Davido, who is currently mourning his friends who died last week shortly after headlining a show in South Africa, was trolled on by a follower who accused him of killing his 3 friends; Tagbo, Chime and DJ Olu, and further called for an investigation.

“Drama King Davido, you’re responsible for the death of three of your friends, Tagbo, Chime, DJ Olu who all died the same way within the period of 3 days. We really need serious investigation. Something is fishy about the mysterious death of 3 of your friends in less than a week.
The rich always get away with murder cases in Nigeria, but this time, your Money can’t safe you. I am an insider who know the whole story. The world will know the truth”
Davido however had a sober reply for him, as he has long deleted the comment. Here’s a screenshot of the comment via TCS.

He wrote: God Bless You.. 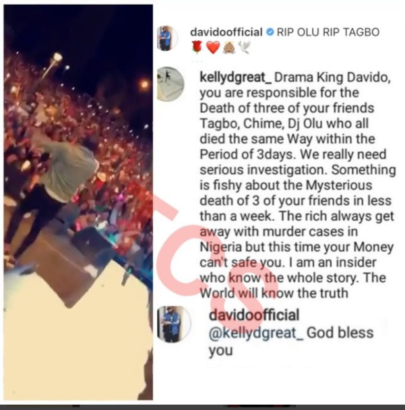 Davido replies follower who accused him his 3 friends was last modified: October 9th, 2017 by Reporter