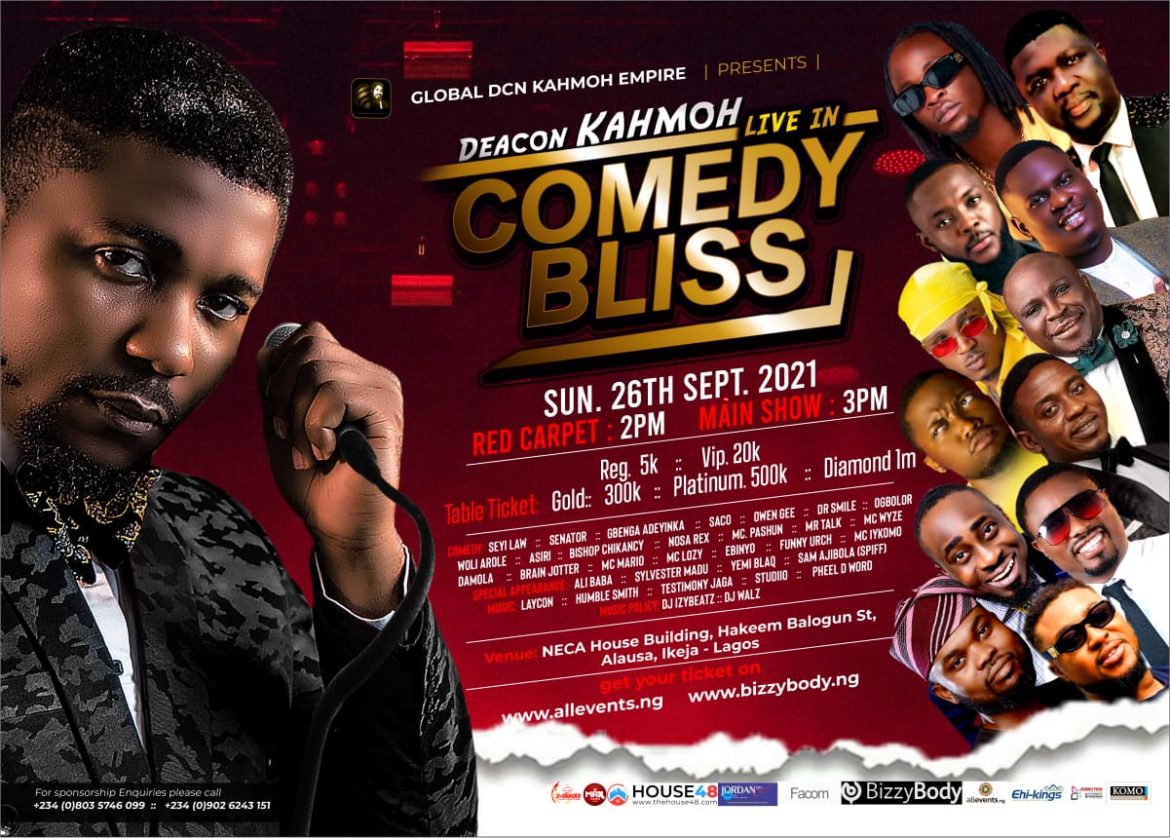 One of Nigerian leading comedian and even compere, Deacon Kahmoh is set to host the much-anticipated stage comedy concert COMEDY BLISS.
The Lagos-based MC, presenter, and actor will be hosting his fans and followers to a star-studded show on Sunday, September 26, 2021, at the NECA House Building, Hakeem Balogun Street, Alausa, Ikeja, Lagos.

Deacon Kahmoh has a unique and versatile brand that influences his delivery style to reflect the wholesome African values that cut across all spheres of society. His clean, funny, mature and creative jokes have made him the perfect comedian for a good family time.

In his journey through the comedy industry, he has shared stage with many of the great comedians like Ali Baba, Gbenga Adeyinka, Seyi Law, Kenny Blaq, Destalker and many others. He has performed within the country and internationally. He has performed on big stages such as Destalker’s Laughter Crusade, Laff Mattaz with Gbenga Adeyinka, Seyi Law Fast and Funny (Abuja), Seyi Law’s “I’m about to go crazy” (Akure) and a lot more.

He also performed in South Africa at the Loveworld Music and Art Festival (LFMA) in the year 2015 and 2017.
He has also appeared in some MNET programs like Buzz Live With Owen Gee, My Flat Mate