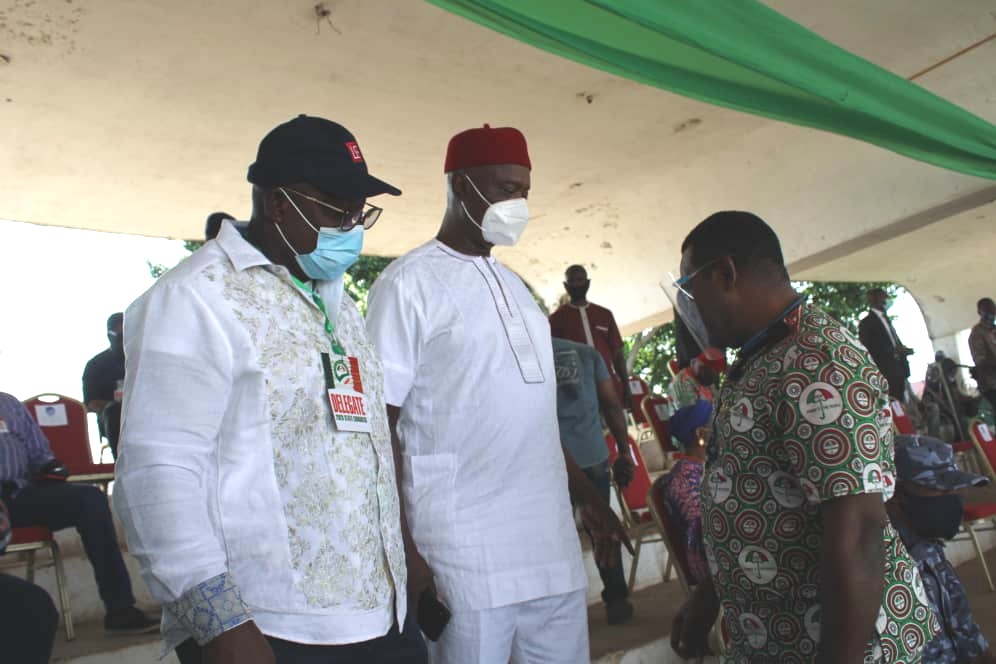 At the ongoing PDP Delta State congress where the party faithful had gathered to vote and elect party officials. Prince Ned Nwoko in an interaction with the members of the media commended the exercise and urged the party faithfuls to be committed in moving the party forward.

The Antarctica explorer and promoter of Stars University, Idumuje-Ugboko in Aniocha North LGA, Delta State when asked about his accessment on the performance of Governor of Delta State, Sen. ifeanyi Okowa in the last 5 years retorted that;

All the members of the PDP standing for one position or the other were screened and returned unopposed at the ongoing congress which had all the executive members of Delta State, the legislative arms and other stakeholders in attendance.