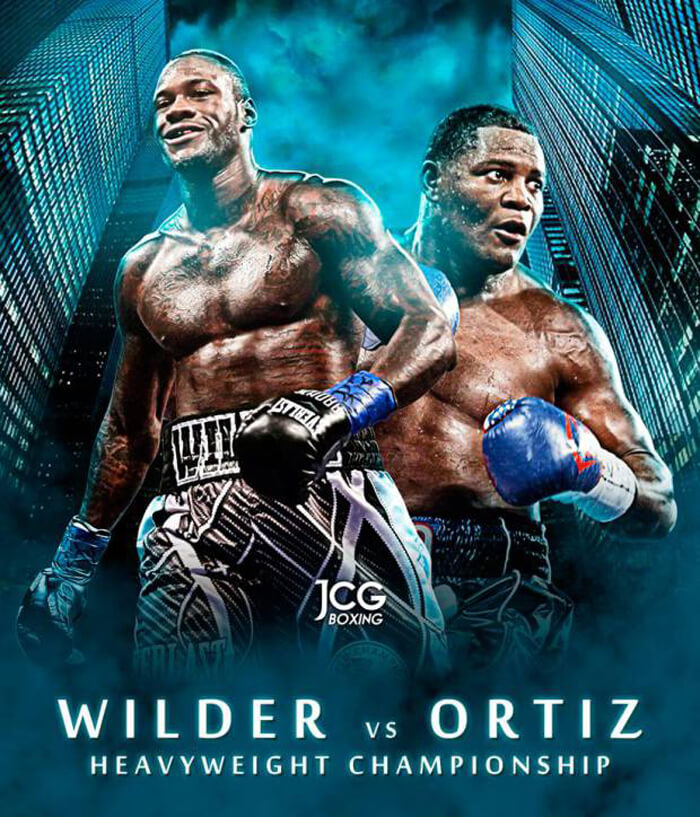 The ‘Bronzed Bomber’ had his challenger down in the fifth round and twice in the decisive onslaught but was in all sorts of trouble himself in the seventh round.

Wilder was staring a disastrous defeat in the face as Ortiz almost finished him off, only for the WBC heavyweight world champion to cling on and then turn the fight on its head, eventually moving to 40-0-KO39, just over two minutes into the 10th.

It might not have fired out the expected warning to Anthony Joshua but in front of a sold-out Barclays Center, Brooklyn, it had an air of ‘AJ’s epic win over Wladimir Klitschko at Wembley Stadium.

Wilder had always said Ortiz, unbeaten himself, was far and away his biggest test and so it proved, the Cuban making a bright start with the champion looking as nervous as he was focused.

According to Sky Sports, Ortiz slipped straight into a smooth rhythm, the only one to land any combinations of note and although he did touch the canvas in the second round, this one was clearly a stumble.

Wilder’s jab took a while to get going and with his famous right missing more than it hit, the New York crowd delivered the first serious blow of the night, with a chorus of boos as neither fighter went on the offensive.

Ortiz was the first to try and find, if not light, the heavyweight touch paper, a left hook and a straight right sneaking in, showing there were gaps in the 6ft 7in giant’s guard.

Wilder though, was the first to set the sparks going and had his man down in the fifth. A gentle dabbing jab took the Cuban’s attention and the ferocious right that landed flush on his forehead had ‘King Kong’ down for the first time in his professional career.

Ortiz made it up and with less than 10 seconds left, Wilder was unable to go for the familiar finish but after such a cagey opening, he had at last started to stamp his authority on proceedings.

It didn’t last long though, because despite being caught with another hard right, Ortiz then troubled his man with a classic countering right, then a big left hook, leaving Wilder clearly stunned, somehow still on his feet and able to making it to the safety of his corner.