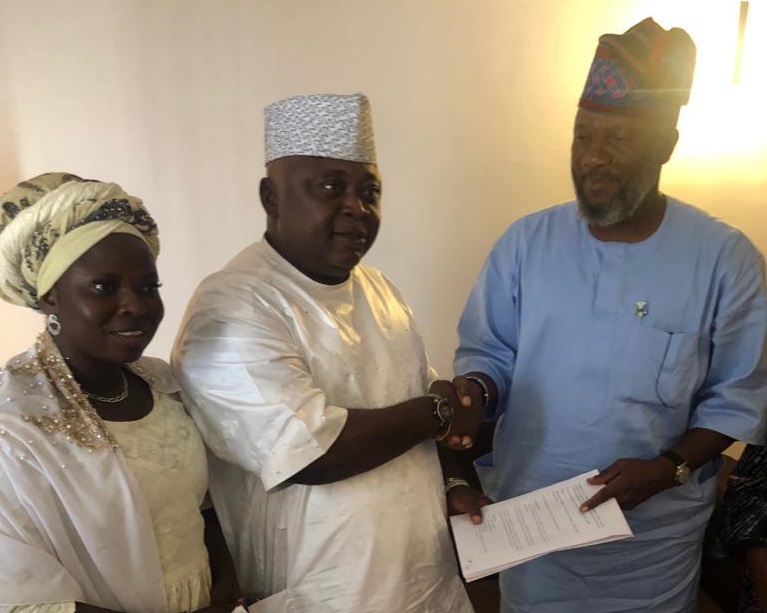 Photos have emerged showing the former People’s Democratic Party Guber Candidate, Hon. Ladi Adebutu, and the APM’s Guber Candidate, Abdulkadir Akinlade, coming to a mutual agreement to work together in the Ogun Guber elections, billed to hold on Saturday, March 9, 2019.

A source who witnessed the meeting sent copies of the deal made by the duo to ensure victory sails towards Governor Amosun’s preferred candidate.

Recall that Hon. Ladi Adebutu had lost his bid to Senator Buruji Kashamu after a court ruling on Wednesday, March 6, 2019.

The document shows that Hon. Ladi will be compensated with considerable political and administrative allocations.