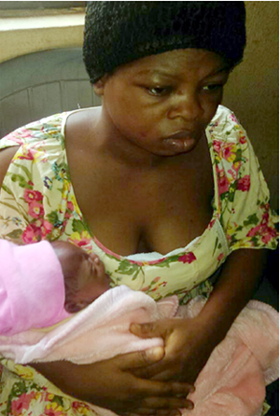 Nigerians, moved by the plight of a baby, Temitope Omotoso, and mother, Taiwo, that were detained for over N40,000 bill by Ondo State-owned Mother and Child Hospital, began donating money to offset the bill on Tuesday.
The Mother and child were detained at the hospital in Akure for 22 days and had to sleep on a chair.
First to get in touch with Vanguard’s office in Lagos after reading the report was a man from Warri in Delta State, who sounded like a preacher but preferred to be anonymous.
He later told our correspondent in Ondo State that he was moved by the plight of the family and promised to defray the debt of N40,000.
The highly spirited Nigerian asked the father of the baby girl to send his account details and that he would send a cheque covering the exact amount he is owing the hospital.