Home News Why I Didnt Have A Big 70th Birthday
News

Why I Didnt Have A Big 70th Birthday 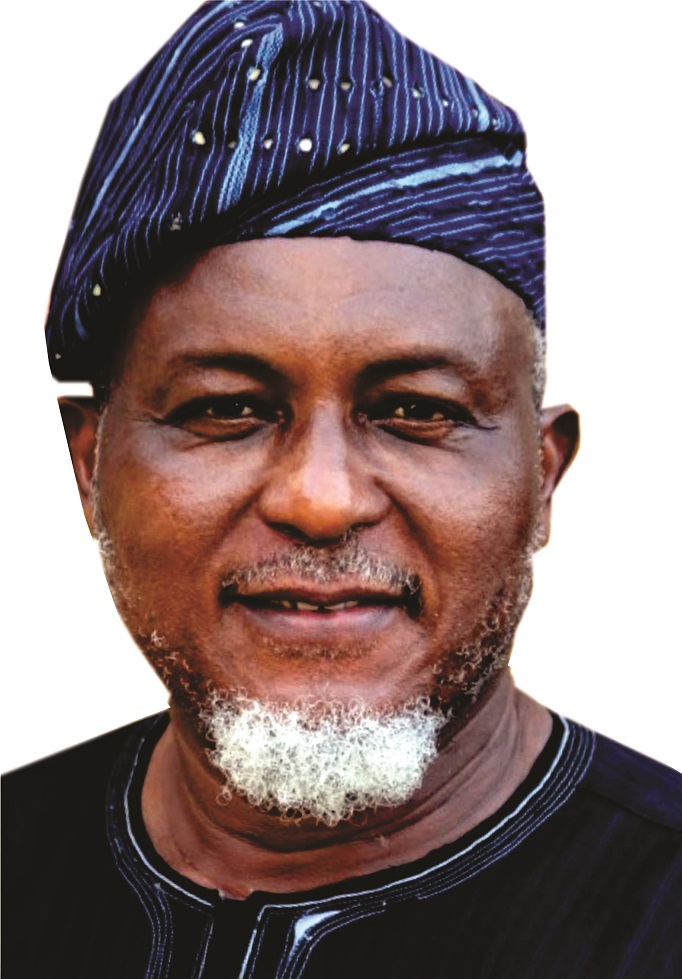 His name precedes him. Many may not have met him in flesh but they have read his writings before. That is why the name Tunde Fagbenle has traveled far and wide. He needs little or no introduction because he is a media, an accomplished writer, and a popular columnist.

Tunde Fagbenle is one of the leading columnist in Nigeria. He is also one of the country’s longest and most respected columnist. He is one of the few writers whose opinions are eagerly awaited in the corridors of power.

For the past 2 decades or more, Tunde Fagbenle had written compulsively without respect for no go areas, engaging in untouchable arguments, observed one commentator who recently paid tribute to him. In his articles spamming over 2 decades he had chronicled Nigerians successes and failures  and he is not afraid  to apportion blames.

The big news is that TF is 70. On 4th October 2017 he joined the Septuagenarian club. Many just couldn’t believe it because nature has bestowed on him a deceptively youthful look and Character.

He forever bubbles. He is playful, yet serious. The older generation likes him, yet the young ones enjoy his company. Everyone will tell you that TF is a happy go lucky man, who is creatively talented.

Because of his accomplishment and dependability all his friends and associates had plan to give TF a befitting 70th birthday party have in Lagos. They had penciled down a venue, invited other friends but when TF saw the magnitude, it was going to take, this unassuming writer whose signature American hat stands him out in a crowd cancelled the plans last minute, just like that and bolted off to the UK to celebrate with his family quietly. He had a few friends come in for drinks and that was it.

TF simply didn’t think there was a need to celebrated his 70th big. He is angry with Nigeria and its leaders. He is angry that Nigeria ought to have moved far beyond the point it is today. So, to mark his 70th he put together the 3rd volume of his selected columns that covers the period 2010-2016 and over the last few weeks he has had book readings in Lagos and Ibadan.

A few days ago, City People Publisher SEYE KEHINDE managed to pin down the gangling birthday boy to an exclusive interview inside the inner recesses of Ikoyi Club. He is a life member of that great club. Below are excerpts of the interview.

I guess it’s the grace of God. I have a young look and because of this I have been looking forward to 70 and I have always been eagerly awaiting 70 since I passed 60. It is an age I look forward to. I am happy I am blessed with a good health, good family, good friends. I woke up on that day and I found out that nothing has changed people came to the house in London calling me all sorts of name to wish me happy birthday. Some called me Uncle Tunde, Papa Tunde, Grandpa Tunde.

Why didn’t you have a big party?

Because I am a shy person I guess. Many don’t know that the real Tunde Fagbenle is shy person. I am a private person though I have had a life in the public glare. Arrangements were in top gear for birthday celebration by my friends to celebrate me. There was a committee of friends already planning it, but towards the day, if because a bit suffocating for me and I realize that I wasn’t really ready for a big party and I had people urging me to go get a big event centre.

That’s not me. I slept and woke up a few days to the time and I just called one of the organizers Kunle Ajibade that I have cancelled the plans. He said Egbon noo, you can’t do that ooo. I said look, its my birthday I have a right to cancel it. And off I went to the UK. And then of course. What made me cancel it again is that I have a large family. All my children are abroad. And thankfully everybody is doing well.

And they all wanted to come home to Nigeria to come for one day and go back the next day. Haa! I thought of the flight expenses from America and wherever they were coming from, only for one day, and the risks involved. So, I ran out of the country to go and meet them rather than for them to come and meet me.

How did you spend the day?

Oh boy! It was wonderful. On the day of my birthday, all my kids came from America, from all over the world and there was my wife who lives in England, they all descended on my house in England. That was to be expected. It was an open day, a whole day affair. After that, I thought the party is over now, not knowing that my wife and many others were planning other parties. A week after that my wife said she was taking me out to dinner. So I said its probably a romantic night. Why not?

She said the restaurant she booked she has not been there herself. We drove there. When we got there, it was an avant-garde restaurant, Mexican every where was quiet. We got in and as I open the door, coming out of the lift I saw a see of heads of people I have not seen in ages.

They started singing Happy Birthday song for me. I couldn’t believe it. That was wonderful. There were Mexican dancers to entertain us. That was it. I thought it was over. A week after that I got a call from Professor Wade Adebamiwi, my good aburo who is in Oxford University. He says he is coming to London and that I should meet up with him and some friends, so that we call all have a drink. So he started it. He said is 9pm ok, I said Yes 9pm is ok. For Adebamiwi, I will do anything. When I got to Tunji Oyelana’s club M.K, where he said we should meet. I opened the door, only to find yet again some more people. People had flown in from Nigeria, some from Ireland, my wifes brothers and I asked my wife, how can you be part of this conspiracy for weeks without me knowing. She was just smiling mischievously, with me not knowing that the whole plans has been in the works. Uncle Tunji Oyelana was on the band stand. We share the same birthday. He was also part of the plan, with his wife Kike. He was just marvelous. We were dancing. I danced all the way to the ground at 70. I showed those who thought because you are 70, you can’t move.

I show them. At the end of the day it was more of what I would have wanted. It was just little, little parties here and there, surprise ones as opposed to a huge Owambe kind of party which is not me to be sincere.

How did you celebrate it in Nigeria?

The original plan was to celebrate it in Nigeria with a book launch of my new book saying it the way it is. Which is the 3rd compilation of my selected columns (2010-2016) when the coloum stopped. Its over 600 pages. The book lunch is the kind of thing I would want, a literary event, a bit more like it. I decided against the party. I decided against the book launch. So, all I have been doing is book reading, in Ibadan at Mosuro bookshop, Booksellers in Ibadan. I had one at Quintesence before I left the country. I did one in Lagos at British Council. Prof. Osopitan was at the one in Ibadan. He too turned 70 this year. He calls me Aburo because he turned 70 before me.

A lot of UI professors came. Mosuro brought a 70 birthday cake. Surprise, surprise. It ended up a joyous occasion. I signed the books for buyers. Lagos book fair people also had something for us. So it’s all book reading. It’s a lovely way to mark my 70th.

Why I Didnt Have A Big 70th Birthday was last modified: November 21st, 2017 by Seye Kehinde

How The Ijebus Dominate Fabric Business In LAGOS

Why I Don’t Joke With My People In KOSOFE LG LAGOS, Lawmaker, Hon. TUNDE BRAIMOH