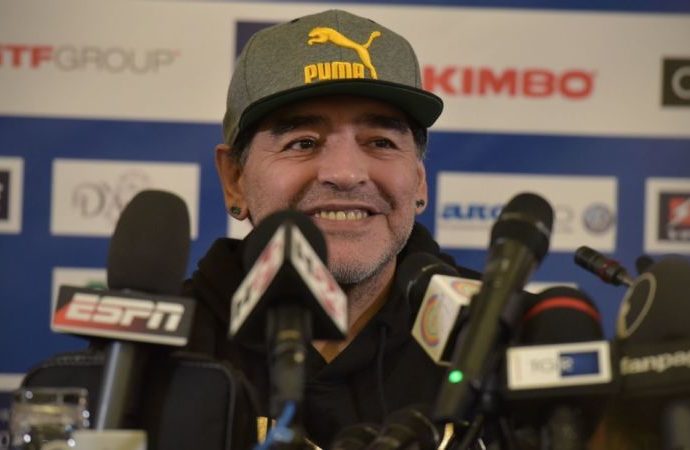 Argentine football legend Diego Maradona has claimed he had been refused a visa to enter the US because he insulted Donald Trump on TV.

The footballing legend is currently managing Al Fujairah, a club based in the Arab Emirates.

But he needed to visit Miami for a court case involving his ex-wife Claudia Villafañe.

Maradona was first kicked out of the US after he was caught taking drugs during the 1994 World Cup. Now he’s been denied a visa by US authorities once again.

He said he was in the process of obtaining the visa when the former Argentina player and manager, 57, gave an interview to Venezuelan TV channel TeleSur.

“You can imagine, I was in the embassy and I said ‘Diego, please don’t talk about the United States’,” Mr Morla said.

“Because the interview was with TeleSur and I know how these things go.

“And the second question was ‘What do you think of Donald Trump’?

“He said ‘Donald Trump is a chirolita (a slang term for dummy or puppet)?’

“After this, I said I’m going to have to represent you in Miami instead.”

Diego Maradona Denied Entry To US Because He ‘Insulted Donald Trump On TV’ was last modified: February 3rd, 2018 by Reporter