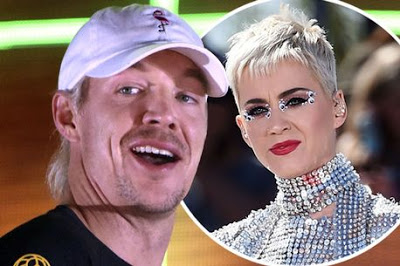 Diplo has responded to Katy Perry after the Rise singer ranked ex-lovers Orlando Bloom , John Mayer and the DJ in order of who is best in bed, after cheeky James Corden pressured her into answering the question.

She ranked John Mayer first, Orlando second and Diplo third – though insisted that “all three are exceptional”.

After catching wind of Katy’s answers, the DJ couldn’t resist taking a sly dig at his former flame in retalliation.

“I don’t even remember having sex,” he tweeted in reply to a link to the story. Not stopping there, the Florida-born star then followed it up with another jab, writing: “I won the bronze medal in sex Olympics.”

Diplo Replies Katy Perry After She Ranks Him The Worst In Bed was last modified: June 15th, 2017 by Reporter