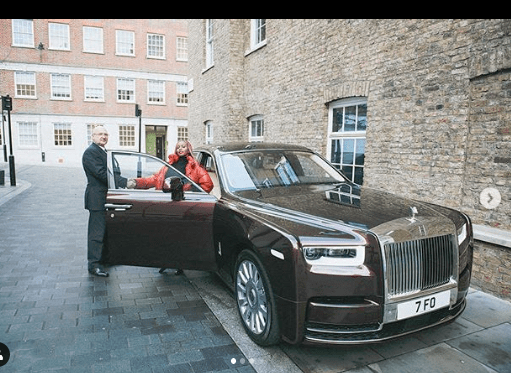 One of Nigeria’s top disk jockeys and singer, Florence Otedola a.k.a. DJ Cuppy just got herself a new year gift of a customised Rolls Royce Phantom estimated at N162 million.

The 26 year-old daughter of billionaire Femi Otedola, made this known on Friday in her Instagram handle @cuppymusic with a picture of the car.

Cuppy, who is also a producer won Best Female DJ at the 2015 Nigerian Entertainment Award.

The Green Light crooner also collaborated with artists such as Tekno, Sarkodie in Vybe,’Currency’ where she featured L.A.X, Werk’ featuring Skuki andCharge Up’ with MasterKraft.

In April 2014, Cuppy was appointed as the Tourism Ambassador for the country’s “Fascinating Nigeria’’ campaign by Nigeria’s Ministry of Tourism, Culture and National Orientation.

On Mar. 20, 2018, DJ Cuppy was announced as an Official DJ Ambassador for Pepsi.

On June 5, 2018, the billionaire’s daughter was announced as a Global Citizen Education Ambassador.