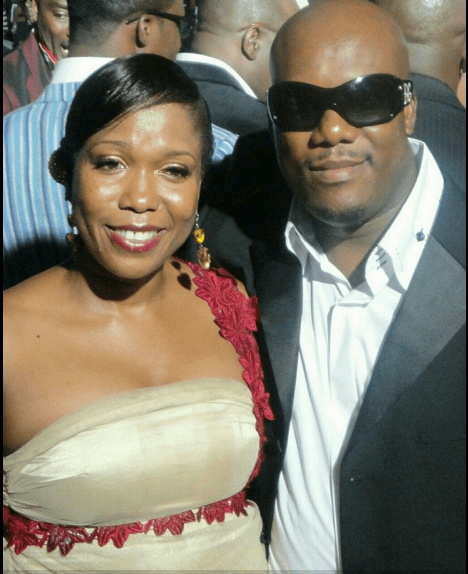 Taiwo Ogungbe, the brother of Kennis Music boss, Kenny Keke Ogungbe and twin to Kenny Saint Best revealed to Music Gist his intention to recontest for the seat of local government chairman of Ifelodun Local Government area in Ogun State.

Widely referred to as King Shaka, the Disc Jockey and member of the Ogungbe family contested the seat in 2015 and lost but he is not relenting or giving up.

King Shaka is known to have handled some operations for his twin brother’s entertainment business but maintained a low profile.

King Shaka’s incursion in politics gained massive attention in the Ifelodun local government area when his brother Kenny Ogungbe threw his weight behind his candidacy in 2015.

King Shaka made his big move into politics several months after his twin sister, Kenny St Best lost out at the primaries when she vied for the ticket of the ruling party, APC to represent constituents of Ikeja II Constituency at the Lagos State House of Assembly.

DJ AND TWIN BROTHER TO KSB SET TO RE-CONTEST FOR LG IN 2019 was last modified: October 20th, 2017 by Daniji Emmanuel