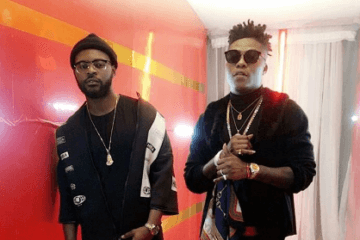 Mavin artiste, Reekado Banks who has collaborated with Lawyer turned musician, Falz, on some songs has waded in into Falz’ utterance that sparked outrage on social media, where he advised Nigerian entertainers to stop promoting fraud in their songs.

In his interview with HipTV, Reekado Banks said people should mind their own business and allow relevant government authorities take up cases against people doing things that might be considered illegal.