We Don’t Understand What Nigerians Mean by Restructuring – APC 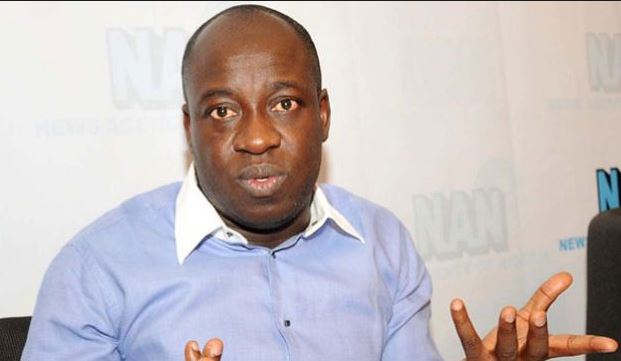 The All Progressives Congress, APC, has explained its confusion in the face of clamour by some Nigerians for the restructuring of the country, saying it didn’t understand what people meant by it.
Consequently, the party has set up a committee to come up with the party’s own definition of restructuring. APC said the committee, headed by Governor Nasir el-Rufai of Kaduna State, was not to come up with modalities for restructuring the country but to merely define the concept since it didn’t understand the meaning of the concept as bandied about by some Nigerians. Party spokesman, Bolaji Abdullahi, said.
“We just finished the meeting with our governors and we considered a number of issues. They include the issue of restructuring, the national convention of the party and these regular meetings would be expanded to include principal officers of the National Assembly from now on.”
He spoke, yesterday, in Abuja shortly after a meeting of its National Working Committee, NWC, and its 24 state governors. Flanked by the Chairman of the Nigerian Governors’ Forum, Abubakar Yari of Zamfara State, Simon Lalong of Plateau and Yahaya Bello of Kogi, Abdullahi said:
“When we talk about a committee on restructuring, what we are talking about is a committee that will articulate what APC means by restructuring because we have realised that over a couple of days now or weeks, when people use the word restructuring, we don’t know if we are talking about the same thing and people have gone about saying APC promised restructuring.
“So this committee that is set up that will now be chaired by the governor of Kaduna is mainly to define what APC means by restructuring so that every member will know what we exactly mean”.
Other members of the nine-member committee are Governors of Osun State, Rauf Aregbesola; Kano, Dr. Abdullahi Umar Ganduje; Plateau, Simon Lalong; Ogun, Ibikunle Amosun; and former governor of Edo State, Prof. Oserheimen Osunbor.
Others are APC National Organising Secretary, Sen. Osita Izunaso; National Publicity Secretary, Mallam Bolaji Abdullahi and Senator Olubunmi Adetunmbi, who will serve as secretary.
We Don’t Understand What Nigerians Mean by Restructuring – APC was last modified: July 20th, 2017 by Arinze Ago

Drama as Singer Dies While Performing on Stage