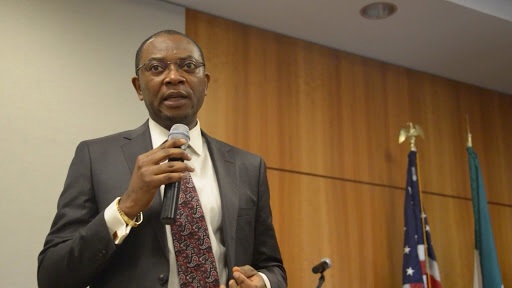 The Director-General, Bureau of Public Service Reforms, Dr Joe Abah holds nochill at Twitter marauders at all. He clapped back at a lady who claimed she missed his d*ck and wanted to have a chat with him.

When another twitter user decided to lecture him on his reply saying he should have ignored the person, he gave an epic reply again. 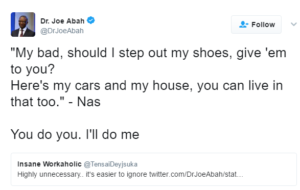 Dr Joe Abah fires back at twitter user who said she miss his d*ck was last modified: March 24th, 2017 by Reporter

Woman beats her teenage son to death in Ogun, Flee to Iyana Ipaja