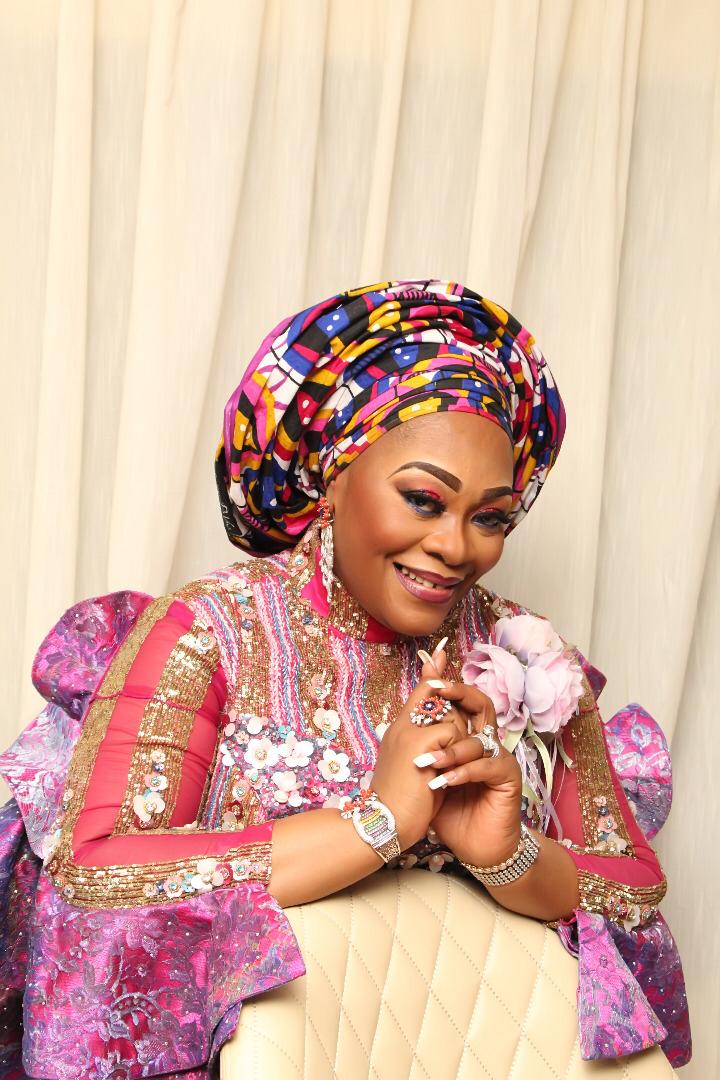 DISTRIBUTES PALLIATIVES TO ALL LOCAL COUNCILS

Call her an outstanding achiever, a great woman, the mentors mentor and an astute philanthropist, then you are simply stating the obvious. Dr Siju, the delectable woman of influence and character, has over the years become a rallying point to adding

value to the women folk in Nigeria. Her Arise Team has had a successful human capital development and empowerment programmes for over 10,000 less privileged people, especially women, in the society. In 2019, she created a significant impact in the lives of the needy. Hence, in the year 2020, the Pastor’s wife, who is also a notable Corporate Lawyer, already increased her humanitarian and charity activities not only in Lagos and Abuja—where their activities presently concentrate on— but also in many parts of the North where a lot needed to be done.

She institutionalized the Handmaidens Women in Leadership Series (HWILS) to build intentional leaders. In the last couple of months, weeks culminating to her 57th birthday, 8th of January 2020, the delectable Lawyer of 36years experience has assisted and supported not fewer than 40,000 households and individuals. Needless to dwell much on what she has used one of her charitable brands, Arise Women Conference, to do in terms empowerment, human capacity building and National development at large in the last 13years of inception. Hospitals, School buildings, Computerized Library, Boreholes are some of the many infrastructures it has rendered to Communities like Dafara, Kabusa in Abuja, Ondo, Imo, Kebbi and Lagos State. It is of note that, despite Siju being the ever supportive wife to Pastor Idowu Iluyomade of Redeem Christian Church of God, City of David and Arise Women being a faith based NGO, she has not discriminated in giving succor to less privileged in the Country regardless of ethnic, tribe or religion.

Dr. Siju is on the cutting edge of women’s and less privileged overall well being and empowerment. She is passionate, purpose-driven, a catalyst for change, a vessel of transformation. She speaks up for the rights of women and believes that gone are the days of voiceless women. Dr. Siju pioneered the Handmaidens Fellowship in 1995 which has now become a popular, purpose-driven and multi-generational fellowship that meets every Wednesday from 12:30 PM to 2:00 PM to teach and mentor women from all walks of life. Testimonies abound of how the Handmaidens gathering have helped many to find their purpose in life.

The Handmaidens outreach has donated Eight (8) incubators to the Lagos Island Maternity as well as oxygen gauges, blood pressure machines, diapers, baby clothes, toys etc. In addition, the Handmaidens, in conjunction with the City of David, Charity Ball donated a dialysis machine to the Gbagada General Hospital.

Dr Siju’s intervention to the plight of Coronavirus patients and less privilege in this very challenging time came very handy at a time the Government is seeking for support from corporate bodies and individuals. Arise did not only donated Ventilators, it distributed several medical equipment including protective suits, KN95 masks, infrared thermometers as well as food stuffs to Isolation Centres in Lagos State. In the last few weeks, Siju’s Arise Pink Bucket, which consisted of food items like rice, groundnut oil, Tomato paste among others has taken over many parts of the State.

The food item serves as palliatives in this very difficult time for the less privileged in the society. With over seven Local Government in Lagos State already benefited from the largesse, Siju has promised to further continue the distribution of Arise food basket in other Councils in the State in commemoration of her 57th birthday.

But the turn out of this bluestocking and the cultivated attention cannot be overemphasized without the inspiration and convener of this laudable initiative, a highbrow women’s rights activist and lawyer who has in her intellectual repertory Doctor of Laws, Dr Siju Iluyomade. Indeed Dr Iluyomade had a dream, a vision to create and nurture a platform for women. It was 24 years ago. And so came a Faith and Life Clinic, a place where women share their problems, pains, joys, successes, and failures. So, they weep, merry and pray together as they come to the saving knowledge of the Lord and Saviour, Jesus Christ. The Faith and Life Clinic would morph into The Handmaidens as Dr Iluyomade, a gender equality advocate, began her journey of faith not only to work for but to empower and raise the profile of the market woman, the homemaker and ordinary women doing groceries on the sidewalk. Within a space of five years, the Handmaidens had taken phenomenal strides in skill acquisition programmes and empowerment of women. The women learned such trades as a hat, soap, insecticides, deodorants, indigenous furniture and dressmaking among others. But just as thousands of women began to appreciate this hope-inspiring programme and celebrating the quintessential Siju Iluyomade marvel, this groundbreaker and indeed pacemaker, was already in the next phase of her trendsetting journey to help the cause of God and to lift her fellow women. And so she envisioned and berthed Arise Women’s Conference. The Arise Women, a faith-based foundation, reinvented, redefined and reconstructed the whole concept of women’s cause. A lawyer of 30 years standing, Dr Iluyomade using her immense influence, gathered annually,  topmost women in Christendom plus First Ladies of Nigerian governors, female ministers, women of the intelligentsia, business magnates and thousands of everyday women to conferences with Christian themes.

Arise however became a national subject matter of discussion for its tremendous impact on the empowerment of women, care for children and even elderly men and displaced people. Arise Women adopted villages around Abuja  including Dafara Village for seven years development programmes, constructed schools in these villages, built a modern  hospital, refurbished some schools and built fully computerised libraries and  went to female schools like Queens College, and Methodist Girls Secondary School among others to educate the young pupils on health and specific hygiene matters and donating a massive generator to the visually impaired in Queens College, Lagos. This is not just a giant stride but a laudable life time project achievement which has gained international recommendation on all fronts.At 57, she is indeed not slowing down her philanthropic gestures. Her star has continue to shine for the world to see.