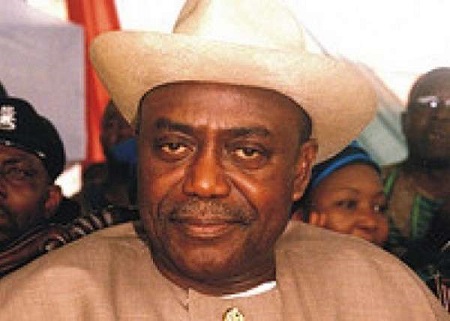 Thompson Iroulo, a man with disability, has threatened to drag Dr. Peter Odili’s Pamo Clinic and Hospital Limited for alleged violation of his human rights.
According to Vanguard, Iroulo, who spoke in Port Harcourt, the capital of Rivers State, yesterday, alleged that the management of the clinic has refused to pay attention to his health condition, as well pay all his outstanding arrears since 2014.
Addressing newsmen, Iroulo lamented that his family has been facing hardship since he lost his sight and appealed on the Director General of the hospital, a former governor of the state, Dr. Peter Odili to intervene in the situation.
He claimed that he had accident while in active service in the hospital resulting to his sight impairment and expressed pain that the hospital abandoned him when his health situation worsened.
However, a Human Rights Advocate, Barr Higher King, who had already written the clinic, condemned the alleged violation of rights and called on the state government and management of the Pamo Clinic and Hospital to quickly look into the matter.
King advised the hospital to immediately take the victim to India for medical treatment, pay N50 million damages to him (Iroulo) and all his outstanding salaries from 2014 till date.
Meantime, in a swift reaction, the Managing Director of the Hospital, Dr. Oluchi Nzinwa, has described the allegations as untrue, stating that the victim had developed the eye problem before been employed at the hospital.
Drama as Blind Man Threatens Legal Action Against Peter Odili’s Clinic for Violation Of Rights was last modified: June 23rd, 2017 by Arinze Ago

Things to do when your boss has favourites