Drama as Singer Dies While Performing on Stage 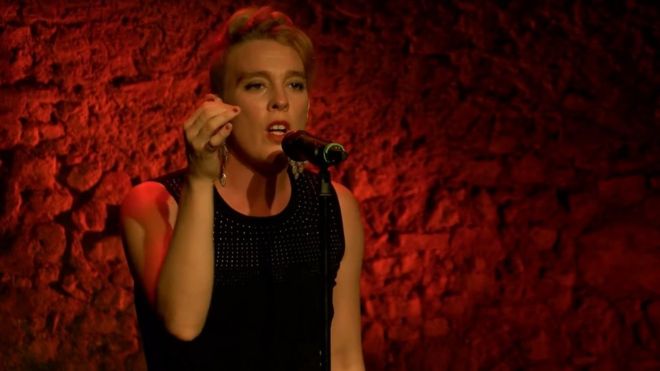 People have been left in shock after a singer fell to her death after slumping while performing on stage.

An up-and-coming French singer, Barbara Weldens, has collapsed and died in the middle of a concert at a festival.
The cause of her death is unclear but, according to one report, she was probably electrocuted.
Weldens, 35, had been on stage in a church in the picturesque village of Goudron, in the Lot region of the southwest, when she suffered an apparent cardiac arrest. She had released her first album this year and had won a young talent award.
Police have begun investigating the cause of her death and have refused to speculate on the circumstances.
Weldens regularly performed with a pianist and acoustic guitarist and was in the middle of a tour. She had become a singer after growing up in the circus, according to her website. Among her biggest influences was the singer-songwriter Jacques Brel.
-BBC NEWS
Drama as Singer Dies While Performing on Stage was last modified: July 20th, 2017 by Arinze Ago

We Don’t Understand What Nigerians Mean by Restructuring – APC

People Are Freaking Out Over This Woman...