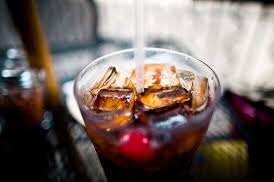 Many of us go for diet sodas over their more sugary alternatives, assuming the word “diet” means these beverages are better for our health.

However, a new study has added to the increasing evidence that diet sodas aren’t good for us, as artificially sweetened soft drinks have been linked to an increased risk of stroke and dementia.

Published in the American Heart Association’s journal Stroke, the study analyzed data on 2,888 adults over the age of 45 and 1,484 people over age 60, monitoring their beverage intake over the course of ten years.

The Scientists from Boston University found those who consumed one diet drink per day were three times more likely to be diagnosed with dementia and suffer an ischemic stroke, which is caused by blocked blood vessels.

The same increased risks of stroke and dementia were not observed in people who consumed sugary beverages, much to the surprise of scientists. However, the researchers did find that people who regularly consumed sugary drinks had accelerated brain aging, poorer memory function, and a smaller hippocampus, NBC News reports.

But because the study was observational, the results didn’t determine any causation for the increased risk of stroke and dementia.

As a result, the scientists noted that further research on the subject is needed before we should rush to throw out the diet sodas in our fridge.
“Maybe good old-fashioned water is something we need to get used to,” senior study author Dr. Sudha Seshardi, a professor of neurology at Boston University School of Medicine, said in a statement.

Drinking diet soda daily can increase risk of dementia and stroke – Study was last modified: April 25th, 2017 by Arinze Ago

What Couples Need To Do To Have...