Why I Dumped PDP As Minority Leader For APC 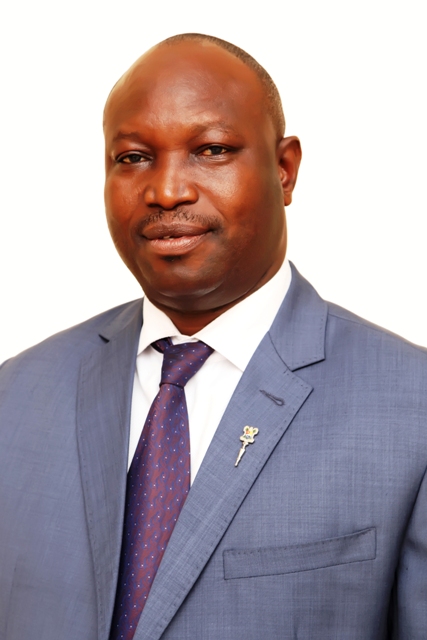 He used to be one of the most formidable personalities in his community, Amuwo – Odofin, Lagos state, representing the People’s Democratic Party at the time. Virtually everybody who knew a bit about the political structure of the community then certainly knew Honourable Akeem Bello. A very popular gentleman, he was one of PDP’s strongest political figures before the last elections.

Little wonder why it was no surprise when he contested and won for himself the mandate to represent the good people of Amuwo-Odofin Constituency II at the Lagos State House of Assembly. So strong was his influence in the party that he was elected Minority Leader of the House of Assembly shortly after they were sworn in. But the story took a dramatic twist, months ago, when Honourable Akeem Bello and six other lawmakers defected to the ruling party APC, owing to what they described as overwhelming crisis rocking the Lagos state PDP. This warm and amiable Honourable who is loved by all his colleagues has since settled down into his new party and is ready to tell anybody who’s willing to listen that he has had absolutely no regrets switching to APC.

City People’s WALE LAWAL spent quality time inside the office of this respected politician and got him to share with us his journey into politics, reasons why he left the PDP and why he is very happy with his decision to switch to APC.

Tell us a bit about yourself, sir. Who is Honourable  Akeem Bello?

Well, Honourable Akeem Bello is the same man that everybody knows as a Lawmaker at the Lagos House of Assembly, representing Amuwo-Odofin Constituency II. He’s a gentleman to the core, very humble, very reliable and of course somebody you can relate and identify with in the society. I was born and raised in Kirikiri town, Amuwo- Odofin Constituency II, and I have practically lived all my life right there in Kirikiri town.

I was a stakeholder in the marine industry before I got into politics. I was a prolific Marine Investigator and was seriously involved in Marine Surveying as well. I was first asked to join politics in 1997, then people in my neigbourhood encouraged me contest as a Councilor.

That’s a very interesting journey, sir. So, after going through a lot with PDP to get here, why did you make your shocking switch from the PDP to the ruling party, APC?

I had to leave because there was a serious crisis rocking the Lagos PDP. The most frightening part of the crisis was that there didn’t seem to be an end in sight. It was as though we were going round in circles and dealing with one problem or the other every day. And after a lot of frustrations, patience and endurance, I had to move. I had to make that move because I had ambitions and with the way things were going at the party, I didn’t see myself realizing my ambitions under PDP.

I needed to start building my political career and make it stronger in preparation for 2019 and it just didn’t make any sense to me staying in my former party. But let me also tell you that one of the reasons why it was very easy for me to make that switch from PDP to APC was because of the fantastic work both the Speaker of the House and the governor of Lagos state have been doing.

They have both impressed everybody. The Speaker of the House, Rt. Honourable Mudashiru Obasa, particularly impressed me.  He showed remarkable leadership qualities, treating everybody as equals, regardless of whether you were from the ruling party or not. There was no intimidation or marginalization and I was impressed. This also brought out a desire in me to want to be a part of that kind of family.

I would still get you to speak some more about that, sir, but first I would like to know, what was the reason you left the Maritime industry in the first place for politics considering that it is a buoyant industry?

Thank you very much. Firstly, I looked at those representing the constituency and the Ward, they were running what I will call a winner takes all kind of politics. They believed so much in their positions and carried themselves as though they were too powerful for anyone to touch. For me, I had no god- father when I was aspiring for elective positions. I was all on my own and I contested several times before I eventually won. Either good or bad, I was always falling back on my business.

As we speak, my business is still there, running and booming too. I have had the company committed to a Director now, but the business is still running and doing very well. But I believe that when you’re in government, you must always strive to give the people what they need. There are various ways you can touch the lives of the people in your constituency.

Can you tell us some of the ways you have been able to touch the lives of your constituent members since you got into office?

Okay, for instance, for the past 15 years, there’s been no single project done in my Ward. But when I got to the House of Assembly I think I gave them close to ten boreholes. I also provided street lights. There were several bad roads with potholes all over the place, I had to personally see to it that the roads were fixed to make them motorable for the people using those roads.

At least, for every single one of those borehole, nothing less than fifty people use each borehole every single morning. There’s no way anyone can come out to say I have not done anything for my constituency. Even during the summer lessons, I gave writing materials to all students. I introduced the summer lessons and made computer training available to all students, to encourage them and guide them as well, instead of them sitting idle at home. I told them, go and get your diploma training in computer so that you can have the knowledge and they all loved the idea and embraced it.

Within the short period you have been in office, what would you say has been your biggest challenge so far?

To be honest with you, I don’t have any challenge whatsoever. And the reason is simple: I have been able to bring everybody on board. Both the old, the young, the youths, even the widows, I have been able to relate with everybody. I have been able to win their trust because of my transparency and sincerity to them. Only few weeks ago, I was given a Chieftaincy title from the Ohaneze, Ezi Ogo Ndigbo, the best in-law of the Igbos in Amuwo Odofin (he is married to an Igbo woman called Ngozi Rosaline Bello).

So, you can confidently say no tribe has been marginalized in Amuwo- Odofin?

At all, no tribe has been marginalized. Every last Thursday of every month, I always hold a meeting with the traders association at Maza-Maza and Agboju. Lately, there was a problem between the Oba and the Satelite group and the Satelite group largely comprises of the non indigenes. When there was an arrest of the non indigenes, I had to go there and secure the release of all the arrested non indigenes because I believe we are all one family. We must be able to touch their lives one way or the other so that they can all enjoy the dividends of democracy.

You were former Minority Leader of the PDP, you said one of the reasons you made your switch to APC, apart from the crisis rocking the PDP was because of Governor Ambode and the Speaker of the House, can you tell us more about this?

What else can I say? (Smiles) Their good works are very evident for all to see. The goodwill the Speaker showed when I came to the House, his transparency and open nature simply won my heart over. For me, it was the perfect way to lead a House of forty diverse people from different political parties, different ideologies and backgrounds. He never discriminated against anybody.

To him, it doesn’t matter which party you belong to and this really impressed me and made it easy for me to finally make the decision to defect to APC. He carried everybody along. He’s a man to reckon with and we have to give him the credit he deserves. Any day, anytime the Speaker decides to contest for governorship in Lagos state, I will be his Campaign Manager. Believe me, if and when that day comes, I’m going to support him with my last blood.

And what do you have to say about the governor, His Excellency Governor Akinwunmi Ambode?

(Beams with smiles) Ah! You just have to give it to him, he’s the best governor so far. In Lagos State, in Nigeria today, he has done incredibly well. There is no other governor that has performed like our governor. The new slogan is, “Ombo lekan si!”, meaning, he is coming back one more time. I have told my colleagues in PDP, they should just forget it come 2019, because they have no candidate that can face Ambode. Even if they bring three PDP candidates together to face His Excellency, he will defeat all three of them without breaking a sweat. He has done outstandingly well in Lagos state and even a blind man can see that.

No regrets at all about leaving PDP, I guess?

Why do you think the Lagos House of Assembly has been without any major conflict or rancor for a long time now?

Number one, it’s because of the outstanding leadership qualities of our able Speaker and two, even if issues come, and of course they do once in a while, we checkmate them immediately. We don’t allow our crisis to get past the gates. We discuss it in the Lower Chamber and also discuss it at the Parliamentary. If we offend each other we trash it out so the House can move forward. When we have a divided House, the Legislature would not move swiftly and it will in turn affect the Executive.

What are your plans beyond your first term as Lawmaker, sir?

I can’t say for now. When we get to that bridge, we will know how to cross it.

Why I Dumped PDP As Minority Leader For APC was last modified: November 18th, 2017 by Wale Lawal

How To Move Music Industry Forward In AFRICA