Home News Each Time I Get On Set, I Become A Different Person – Aisha Lawal
News

Each Time I Get On Set, I Become A Different Person – Aisha Lawal 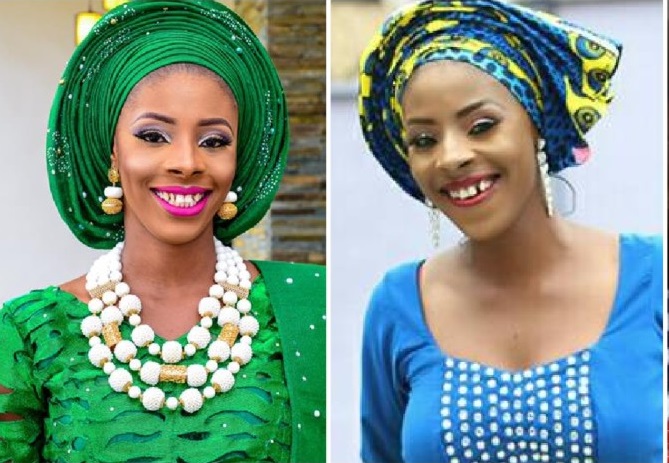 Have you ever seen popular Yoruba actress, Aisha Lawal playing any role in a Yoruba movie before? If you have, you must have noticed how good she is and her versatility in playing different roles from that of a young babe to an old woman, to an illiterate, just name it. She acts so well. She usually throws everything she has into her character. Everyone commands her that she is a good actress. Her role in a popular movie, Simbi Alamala depicting a rural Ibadan woman who sells Amala, brought out the best in her.

She spoke raw Ibadan dialect. There is no role she can’t handle. And she handles them so well, because of her versatility and willingness to stand out and excel in what she does. Many don’t know she was trained by Femi Adebayo.

How does she feel being one of the popular artists in the Yoruba movie industry, City People asked her last week.

“Wow,I do not see myself like that, she explains. It amazes me each time I go out and quite a number of people can actually say “Aisha,  how are you?  I always feel blessed and grateful to God” For how long has she been acting? How did she actually start? “I have been acting for 10 years. I actually started on stage and later went to J15 SOPA (Femi Adebayo’s Movie school. I trained for two years and graduated in Dec 2010, And with the help of God and my ever supportive boss and mentor (Femi Adebayo), the journey began.

What was her growing up years like? Where was she born?

I was born in Ibadan, But was in boarding house mostly, while growing up and my holidays were always spent in Lagos”.

She acted so well in the movie, Simbi Alamala. She spoke fluent local Ibadan dialect. Is she from Ibadan? If not, how come she speaks  fluent undiluted  Ibadan-Yoruba in that movie?

Thank you, I am actually a native of Ibadan, but I do not speak Ibadan dialect, normally. I had to polish my Ibadan by just sit ting and listening to typical Ibadan people in the market (Agbeni, Oja Iba etc)

Which schools did she attend?

“I attended Adeen International School for my primary, Federal Government College, Ogbomoso for my Secondary and Lead City University for both my 1st and 2nd degree. My 1st and 2nd degrees are in Public Administration. How did she get into acting? “Well like I said earlier, I started on stage in my final year at the university while studying law”

Which movie launched her to limelight? Ahhhh I honestly don’t know. I think Irugbin (Seed) But sincerely, I feel it just happened, God just wanted me to be part of the chosen one”

Has she produced her own movie? “Yes, I have. By Gods grace I have done 10 movies and more are coming”. Whats the secret of her acting prowess, because she acts so naturally.

“Wow wow, I am deeply honored for the compliment/accolade/encomium” she said. Well I just go on set, do my thing by merging my character on set with myself and we become one”.

How did Aisha Lawal convince her parents to allow her act?

“Ahhhhh thats one of the toughest things to do. My Dad would have liked it, he actually wanted me to study Theatre Arts from the onset, but my mum being a Teacher kicked against. So, I went for Law, but by the time I ventured into acting, my Dad was late, so it was a tough one with my mum, but to God be the glory, we are union now.

Each Time I Get On Set, I Become A Different Person – Aisha Lawal was last modified: September 3rd, 2018 by Reporter