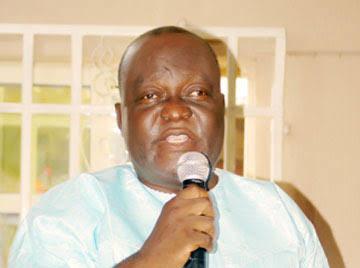 The Edo State Chapter of the All Progressives Congress (APC) has removed the State Secretary of the party, Mr. Lawrence Okah.

This was contained in a statement signed by the Assistant State Secretary, Mr. Ikuenobe Anthony.

The statement said the decision was taken after a meeting of the State Executive Committee on Tuesday where a vote of no confidence was passed on Okah.

According to him: “The State Executive Committee of the All Progressives Congress (APC) has this morning, 12th of November, 2019, passed a vote of no confidence on the State Secretary, Mr. Lawrence Okah, in accordance with Article 17 (v) of the constitution of the party.

“The effect of this is that Mr. Lawrence Okah ceases to be the State Secretary of the party henceforth.

“An appropriate replacement will be effected in due course in accordance with Article 17 (vi) of the said constitution.”

The statement said a vote of confidence was passed on State Chairman of the party, Barr. Anselm Ojezua.