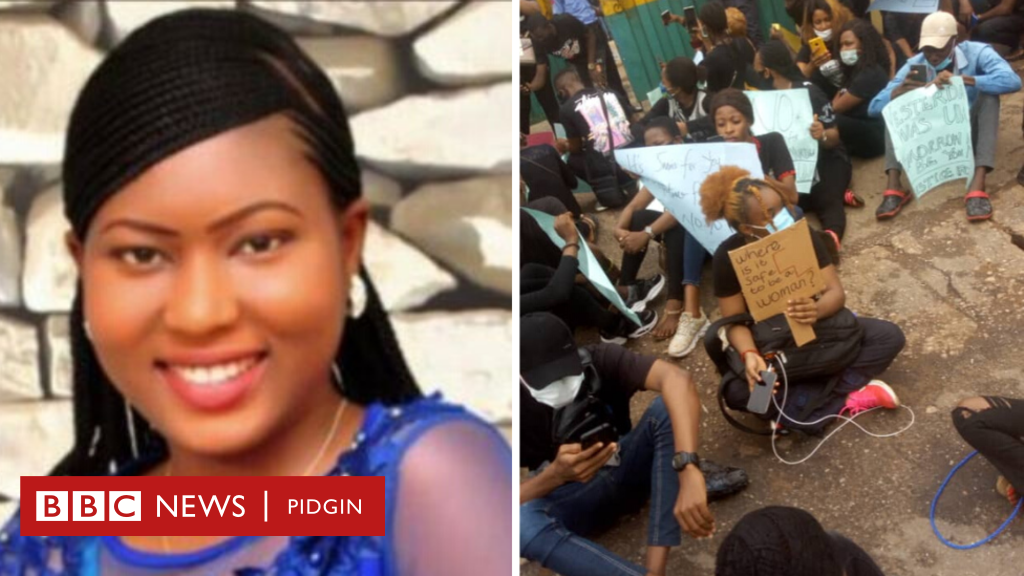 Yinka Omorogbe, attorney-general and commissioner for justice in Edo, says Omozuwa Uwa, the late student of the University of Benin (UNIBEN), was a virgin before she was raped and murdered by her attackers.

Journalists had reported how the student died after she was sexually assaulted inside a parish of the Redeemed Christian Church of God (RCCG) near Ikpoba Hill in Benin, where she had gone to read.

Following her death, it was alleged on social media that the suspect arrested in connection to the incident confessed that he was sent by a pastor who had impregnated Uwa.

But speaking on Friday during a protest organised by members of the Edo Women Development Initiatives (EWDI), Omorogbe dismissed such claims.

Citing an autopsy report conducted on the late student’s body, Omorogbe wondered how the rumoured pregnancy came about.

“We were all terribly shocked to see what happened to Uwa. It was terrible; it was a brutal experience,” she said.

“We were further shocked by some of the different things we saw all over the place, particularly on social media, and that is why it is important we come here.

“For example, we saw a terrible lie being peddled on social media, not regular press, that Uwa was impregnated by her pastor. That has been refuted, though it caused serious anguish to the family members. It’s a terrible story.

“Though one cannot talk at this point, from the autopsy done on Uwa, it was clearly established that not only was she not pregnant, she was a virgin, so, how boyfriend and pregnancy came in, only God knows.”

The attorney-general said there is a need to always ensure those caught indulging in rape are punished to stamp out the scourge from the state.

“All we are trying to do is to make sure there is no more rape in Edo State. Not only do I believe that rape can be totally eradicated in the state, but the government of Obaseki is also committed to ensuring total eradication of rape in this state,” she added.