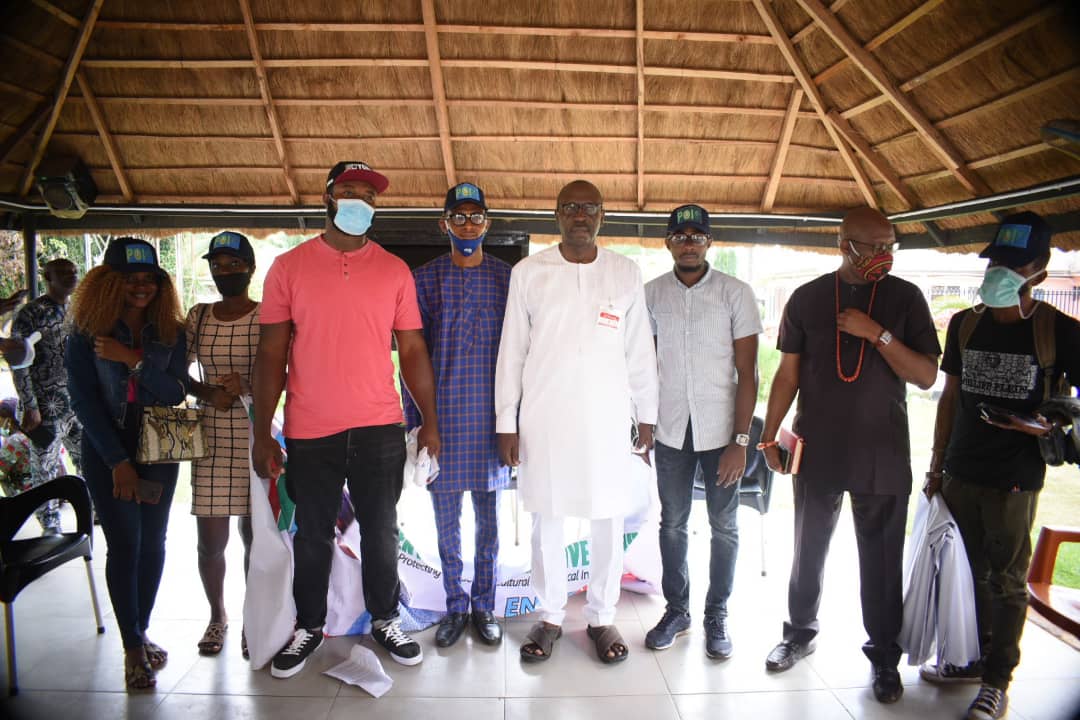 On Tuesday, the 18th of August, a group under the aegis of Edo Central Conservative Forum, (ECCF), endorsed and presented their campaign support donations to the Governorship candidate of the All Progressive Congress (APC), Pastor Osagie Ize-Iyamu (POI) at his residence in Benin City.

The group was led by Comrade Idede Oseyande, who is also the Organising Secretary and State Coordinator. Presenting the items, which included branded shirts, caps, stickers and banners, he conveyed the greetings of the Covener and the Diaspora Coordinator of the group, Comrade Ambassador Aigbokhan, who was unavoidably absent as he Is currently outside the country. Idede Oseyande expressed the respect and admiration that the group has for Pastor Osagie Ize-Iyamu, and also reminded him that the Covener (Ambassador Aigbokhan) was one of Pastor Ize-Iyamu’s disciples of the Grace Group he created while he served as the SSG to the state.

Aside from the long-standing followership of the POI movement, the group is also endorsing him and making the donations to the campaign because of their convictions and belief in the Simple Agenda manifesto. They also pledge to enrol ten (10) indigent students from that region in the ongoing NECO registration as a way of demonstrating to the people, the essence of the Private-Public Partnership in the Simple Agenda.

Reacting to the donations and endorsement, Pastor Osagie Ize-Iyamu thanked the leadership and members of the group and promised to be a governor of the whole state when elected. He said the donation has further justified his position when he told the press that he receives support daily, from well-meaning Edolites who believe in the #EdoMustMoveForward movement.