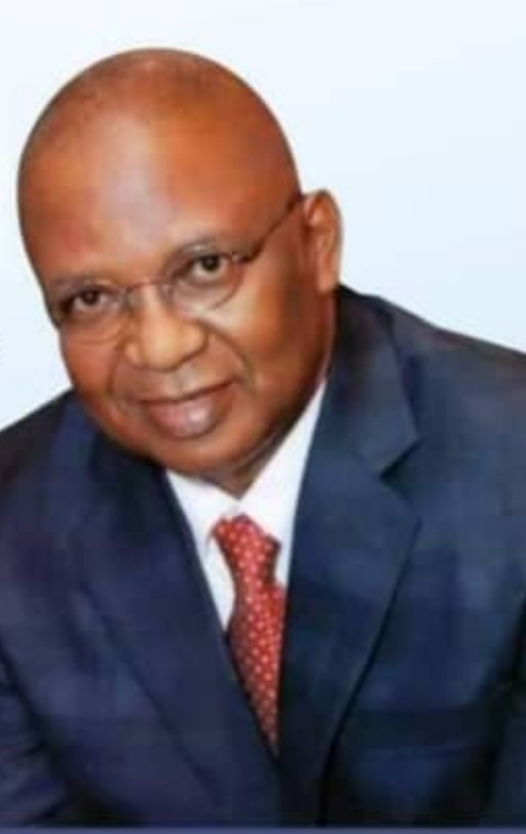 The Tenure of the Governor of Edo State will expire on the 11th day of November 2020.

Whether we like it or not each day brings us to the reality on the ground as regards the Edo 2020 governorship elections.

First and foremost, The committee must be neutral and transparent in the process of screening the aspirants in as much as they all belong to the same political family. Their job can make or mar the performance of All Progressive Congress during the forthcoming Edo Gubernatorial Election in September 2020.

If the committee is transparent enough in discharging of their crucial duties, whoever emerged the concensus candidate would received undivided support of the other aspirants.

Secondly, the Committee should consider loyalty among the aspirants. If there are better time to reward loyalty of the aspirants to the party, the time is now. There have been several calls from Political Analysts within and outside Edo State that the Concensus Candidate of Engr Chris Ogiemwonyi among others will give APC a resounding victory at the poll. One of the political analysts Matt O’ Brian said ” Party loyalty is an indispensable quality of an ideal candidate. Of the four aspirants, Engr. Chris Ogiemwonyi stands shoulder tall, having stuck to the APC since 2014. Unlike some of his co-aspirants who jumped ship in the midst of the storm, Engr. Ogiemwonyi has proven himself to be the ideal loyal party man. He can be completely trusted to bring stability to a Party in search of redemption and a new identity”

True and genuine leadership is woven around integrity, experience and compassion. Engr. Chris Ogiemwonyi’s life antecedents are replete with these three human attributes. His patriotic zeal for the nation and its citizens, earned him the appellation of “‘Mr Local Content” while serving in the nation’s oil industry.The ideal Candidate that the APC desperately needs in the forthcoming Governorship elections in Edo State must be a man of integrity, experience and compassion. The ideal Candidate cannot be a recyled politician with perchant for jumping ship and also with loads of controversies hanging around his neck.

The APC should be able to market its product in the 2020 Governorship elections in the State without recourse to unnecessary explanations and apologies to the electorate. In marketing the Party’s candidate, the role of the National Chairman of the Party, Comrade Adams Oshiomhole becomes crucial. The ideal Candidate should be one in which the APC national chairman, Oshiomhole will proudly present to the electorate with passion , joy and respect on his part without battling how to repudiate his earlier assertions and comments against the Candidate”

These are the critical factors that the committee must look at in producing a credible concensus candidate that will be acceptable to others.

Another aspect to be considered as an ideal concensus candidate, is the track records and capacity. What you don’t have, you can’t give. Of all the four major aspirants, Engr Chris Ogiemwonyi is standing tall among others having served Nigeria meritorious for 34 years without a blemish (No court case either past nor present) His capacity for human and capital development is unique and others are yet to match.

He singlehandedly built hospital, borehole in his place of birth, fund free cancer screening and operation in Benin and recently donated massive Covid-19 relief materials to the three senatorial districts in Edo State. Ogiemwonyi set up Covid-19 Help Line, specifically designed to provide financial assistance to the people has been applauded as the largest singular individual intervention in the state so far. since his retirement Ogiemwonyi has his hands on different businesses from oil and gas to Agricultural to water processing plants. All the businesses are doing well, creating jobs especially for the people of Edo State. the records are there. That’s how to know someone that wants to serve and if the committee will look into these factors critically, they will not missed their mission in presenting acceptable governorship Candidate to the people of Edo State.

The former Commissioner for information Edo State and a renowned political analyst, Prince Kassim Afegbua was asked about his opinion on the aspirants that APC needs in Edo State and he said his choice for Chris Ogienwonyi is informed by several variables.
“First, he cuts across a wide spectrum of the Edo electorates, young and old, schooled and unschooled, and amongst the Edo intellingentsia”

He wouldn’t condescend to the level of hiring thugs and political urchins to unleash havoc on Edo people, as we presently see. He is cerebral, highly opinionated, down-to-earth and a benefactor to many prominent Edo sons and daughters who easily recounted details of his philanthropy and good-naturedliness throughtout his 34 years of unblemished public service in the nation’s oil industry, the NNPC.

His elocution and oratory were loaded with class and punctuated with a rich understanding of governance and service delivery. Such a man, whose children are fully grown and doing well in topnotch companies would not contemplate conquistadorial acquisition of wealth. On account of his age, exposure, philosophy of life and subliminal humility, his entrance into the world of politics would be defined by love for the state and selfless service, and not any pecuniary consideration.”

if the committee must be successful in its set duty then it must go for a man of integrity whose popularity also cut across the 18 local government not someone with imaginary followers whose past may haunt APC in the forthcoming governorship election that the opposition PDP will capitalize on and take over the state from APC.

As the committee has been charged to pick a credible consensus candidate that will be the new face of APC in the State and eventually become the party flag bearer the task before the aspirants screening committee is not a rocket science if they would be transparent, consider the aspirants loyalty since 2014, track records alongside the capacity and above all, the integrity and popularity of the aspirants which are hallmark of Engr Chris Ogiemwonyi. if they impose a candidate that is lacking any of the above qualities, they may win the battle and lose the war at the election.