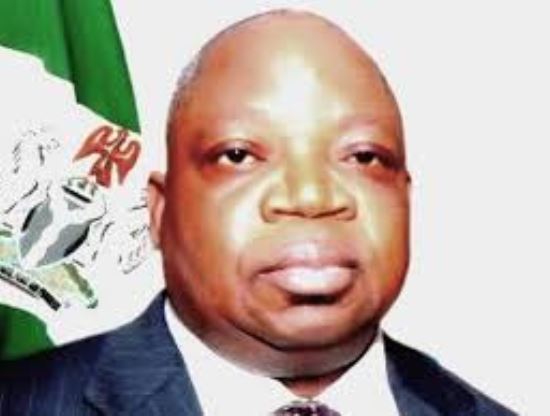 The Economic and Financial Crimes Commission will on December 7 arraign a former  Accountant-General of the Federation, Mr. Jonah Otunla, and eight others before the Federal High Court in Abuja on money laundering charges involving diversion of N2bn from the account of the Office of the National Security Adviser.
The defendants were scheduled to be arraigned before Justice Nnamdi Dimgba on Tuesday but the arraignment was re-scheduled to December 7 due to the unavailability of the judge who was said to be attending a training organised for some judges in the country.
But Otunla was absent from court on Tuesday. One of his co-defendant, Otunba Ade Adelakun, was however present in court.
The rest of the six defendants are companies said to have benefited from the N2bn withdrawn from ONSA account with the Central Bank of Nigeria
The companies named as co-defendants are Gold Reef Industries Limited, Lambster Nigeria Limited, G.C Electronic Limited, Sinmilak Nigeria Limited, Wehsac Farms Limited, Shepherded Field Global Resources Limited and Stellavera Development Company Limited.
The EFCC, in the five counts filed against Otunla and others on October 11, 2017, accused the defendants of transferring the sum of N2bn from ONSA account with the Central Bank of Nigeria between June and August 2013.
The anti-corruption agency alleged that the defendants withdrew the money from ONSA account purportedly for the supply of security equipment.
EFCC to Arraign Ex-Accountant General, Otunla, Others for N2bn ONSA Fraud was last modified: November 7th, 2017 by Arinze Ago

NDLEA Officers Accuse Their Chairman of Cavorting With Drug Barons, Other Criminals