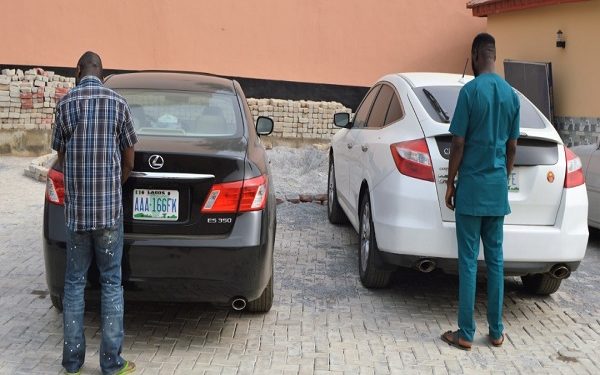 The suspects were apprehended at Alafara area of Ibadan, Oyo State, following intelligence earlier received on their alleged illegal activities.

The thirteen others, whose ages range between 16 and 48 years, include Abiodun Ojo, Lawal Ahmed, Adedeji Olatunbosun, Adeniyi Ramon, and Oladipupo Oluwatobilola.

At the point of their arrest, three exotic cars, phones, laptops, international passports, Point of Sale (POS) machine, and some incriminating documents were recovered from the suspects.

The suspects will be charged to court as soon as investigations are concluded, the agency assured.