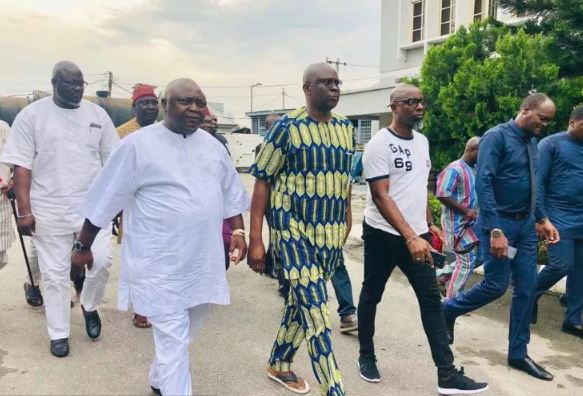 Immediate past Governor of Ekiti State, Ayodele Fayose has been released from the Economic and Financial Crimes Commission (EFCC) custody.

This was disclosed in a tweet by his media aide, Lere Olayinka on Monday.

Olayinka said the ex-governor would return to court on November 19.

The tweet read: Fayose just regained his freedom. He left the Federal High Court, Ikoyi a few minutes ago.

“We will meet @officialEFCC at the court from November 19. Thank you Nigerians.”

The judge asked him to provide a surety who must have landed property in Lagos. The guarantor is also required to have three-year tax clearance in Lagos.

Fayose is facing an 11-count charge bordering on receiving illegal monies to fund his 2014 governorship campaign in Ekiti State, among other allegations of benefiting from proceeds of money laundering.