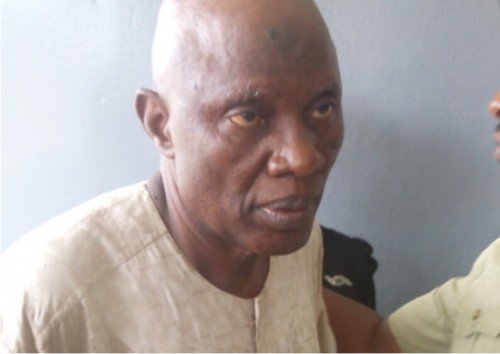 A former official of the Independent National Electoral Commission, INEC, Christian Nwosu, has told a Lagos Federal High Court how operatives of the Economic and Financial Crime Commission, EFCC, coerced him into agreeing to have benefited the sum of N30m from former Petroleum Minister, Dieziani Alison-Madueke.

Nwosu, a retired INEC Administrative Secretary in Kwara state, claimed that he was also coerced by the operatives of the commission to surrender his property worth N30 million and N5 million cash.

In his testimony before Justice Mohammed Idris, the former INEC staff alleged that an operative of the Commission, Usman Zakari, threatened to keep him in detention if he refused to write in his statement what the operative would “like to hear.”

The former INEC staff disclosed that on getting him to say he collected the sum of N30m, Zakari dictated to him to write same in his statement.

Following the coercion, Nwosu claimed that the operative in company of two armed mobile police escorted him to the bank where he made a draft of N4 million in the name of the commission before he was released.

He told the court that Zakari also asked him to bring another draft of N1 million which made the cash collected from him N5 million.

He said, “On the 28 of December, I was invited to EFCC, interviewed by one Mr. Moses and I made statements. He was about to let me go but he said his boss will want to see me. When Mr. Zakari came and read my statement, he said no, I have not written what he wants to hear and that he has signed my detention order form and was going to detain me and that even if I bring 10 lawyers, they won’t help me except I write what he dictate to me, he was going to keep me.

“He told me that Adedoyin had admitted collecting N28million and was released; that being a senior officer, there was no way I wouldn’t have not have benefitted by collecting up to N30million (sic). He said unless I stated that I benefitted N30million, he would dump me in the cell. I quickly told him I benefitted. He dictated to me that I should write it; I did.

“I knelt before Rotimi and he said: ‘Baba get up; I’ll only advice you to cooperates with us. He said he would not want me to go through the stress of litigation. He asked if I had landed property and cars. He said I should write out the property worth N30million that I had. He said he would ensure that I was convicted and jailed at all cost if I didn’t cooperate.”

‘EFCC forced me into saying I benefited N30m from Diezani’– INEC official, Nwosu was last modified: October 6th, 2017 by Reporter