Home News Effects Of Elections On Your Mental Health
News 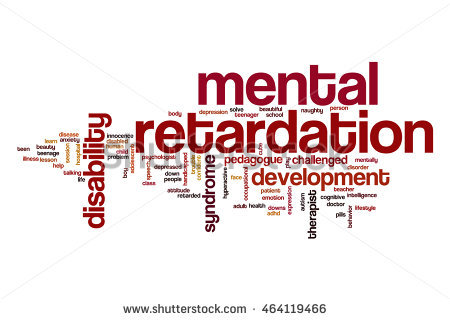 When it comes to maintaining the mental health and wellness of Nigerian citizens, the 2019 presidential election cycle has been less than ideal.

It’s the Presidential election, and the campaign trail is not pretty. In fact, it’s an emotional time for many. As the election process increases, nominees bombard us with negative campaigns, fear-based speech and constant press conferences. Candidate speeches are generally scripted to convince and influence…and are often peppered and sugar-coated with an underlying message of danger. Meanwhile, the Nigerian get hyped up, misled into believing all the proposed false promises the candidate promises.

Other political groups find ways to shove the campaign trail by leaking videos or launching negative stories for their own interests. And then there’s news media, broadcast television, social media and internet websites that spread the negative atmosphere by telling sensational stories, challenging the opinion of others in heated guest segments or poking at issues that challenge us as a country: unemployment, money, health, education, etc. Before long, the general public shatters into dividing groups, where anger or anxiety spread.

The negativity from Election Stress keeps rolling on. You see, emotions win elections. Though positive campaigning can heighten your feelings of enthusiasm and hope, it’s fear, anger, and anxiety that gets you in the voting booth. You’re more likely to make sure to get out and vote if you worry that you’ll lose things in election times. Engaging with politics may be part of our civic duty, but presidential elections can be emotionally exhausting, and the more engaged a person is, the more likely they are to become fatigued, anxious or depressed, says Dr Margaret Wehrenberg, an Illinois-based psychologist who specializes in treating stress and anxiety.

The current state of presidential election coverage in Nigeria is one of constant debate and controversial that lasts for about a year and a half, which is an awfully long time to be stressed out. Of course, we need and deserve access to information about political candidates. Being aware of presidential candidates’ campaigns is part of being an informed citizen, and the news media are supposed to enable this. However, does the coverage need to last as long as it does? And are we being given the best information through the best methods? Far from it.

News media often exaggerate stories, especially political stories, and lure audiences with hyped-up language to keep them watching or reading. Cable T.V stations often repeat the same election updates, video clips, audio clips and images over and over throughout the day. This can make election stories, particularly the more flammable and sensational ones, seem inescapable.

Feeling committed to a certain candidate but not knowing whether or not they will ultimately be successful in winning their party’s nomination or the general election is anxiety-inducing in and of itself. However, engaging with media that constantly plays with this uncertainty by speculating over who may win or lose a given primary, who is up by how many points in a recent poll, and what the outcome of upcoming debates will be likely only fans the flames of anxiety, causing us to feel more unsure, and thus more eager of information that will give us answers. Some may continue to stay glued to election coverage, scanning for clues of what the future holds.

Social media doesn’t help. Many people can likely relate to the sense of frustration, anger, frustration and outright stress that results from arguing about politics via Twitter, WhatsApp group or Facebook. Conversations that happen quickly overwritten text are much more likely to become hostile and angry than face-to-face interactions.

The instinct to discuss these issues over social media makes sense, given that this is a medium through which we are accustomed to expressing ourselves, but it often seems that social media conversations about politics are counter-productive.

The reason the general public’s mental health is challenged is that negative campaigning heightens stress. Moreover, when your body is faced with stress, particularly fear-based stress your body launches cortisol to help you get away from danger, where your heart rate increases and blood flow goes to everything you need to run away or fight. This fight-flight response is meant for short-term stress and becomes wearisome if it lengthened. You’ll eventually get irritable, anxious, and even depressed because you’re in a prolonged “state of emergency.” For those of us who live with depression, stress can compromise our illness, so take a look at the following tips to help you during the big election.

I encourage people to follow these tips to help lessen the depression and to try and do all of the following each and every year before the campaign season begins:

(1) LIMITING YOUR EXPOSURE TO MEDIA.

Turn off the television, power down from the internet. Give yourself a break from the attack of negative campaigning and try as much as possible to watch news shows that give an overview of the day’s highlights. This way you can stay informed without getting overloaded by too much drama.

If you have to plug into election news, consider choosing print media rather than visual media. Grabbing the local paper or a weekly magazine will reduce the likelihood that you’ll get exposed to the emotionally triggering material.

Remember, you have the power to turn off the remote, link out of a website or change the radio station. You can always put down the newspaper or turn the page. Don’t let yourself be passive when you feel negative campaigning is overwhelming you.

Other people will have a different tolerance for election issues than you. If you’ve reached a capacity point, where you don’t want to talk about politics, make your feelings known, walk away or change the subject. Try to avoid getting into political debates or wasting your passion about issues with a person who doesn’t share your beliefs. Be aware of triggers that can worsen your depressive symptoms. Avoid them or modify your environment to minimize their destructive effect on your mental health.

Consider having an electronic-free day. Unplug from the phone, the computer, don’t watch television or linger on social media. Let your senses take in the simpler things in life. Shift your focus to your loved ones and invite pleasant experiences into your day. Enjoy warm comforts and listen to music. When you rest and refuel, your levels of stress, anxiety, and depression are lower.

Many individuals can experience a disappointment of a huge percentage if their candidate doesn’t win the election. Research tells us the more invested you are in a nominee, the more crushing their defeat can be to your own well-being. One way to prevent the negative after-effects of an election is to be realistic about government and realistic about change. Remember that change takes time and that governing is a slow process.

As with every election, the people have the power to determine the values of the society we will continue to live in, a society that influences nearly every facet of our day-to-day lives, regardless of how visible they are. We must decide where we’re going as a country morally, economically, and politically. And this certainly has an impact on well being. Many people talk about a right to health. However, we can’t ensure that we can support it. No matter what this support looks like, whether it is directed to health policy or otherwise, the people have the power to help not only their personal health but the determinants around them that can shape it. This is the foundation of a healthy democracy.

The best solution would be if the Nigerian government can emulate how other countries dealt with their own election time I believe it will eliminate or shorten the length of time the Nigerian citizens will undergo election stress, depression and negative overall well-being they experience during the election time. For example, in Canada, the federal election process has never lasted more than 78 days, which is about three months. In addition, Mexico’s legislature passed a law in 2007 that limits the duration of presidential election campaigns. In Argentina, candidates can only run advertisements for their campaigns for two months leading up to election day. Coverage this short may seem unheard of to those of in Nigeria who are used to a heavy attack of political ads, debates and general coverage lasting close to two years which is half as long as an actual presidential term. However, this is something to think about!

Take Care of Yourself and Each Other

READ ALSO: LIFE AS A SHOWBIZ PROMOTER IN LONDON

Effects Of Elections On Your Mental Health was last modified: October 29th, 2018 by Nimota Raji-Gambari