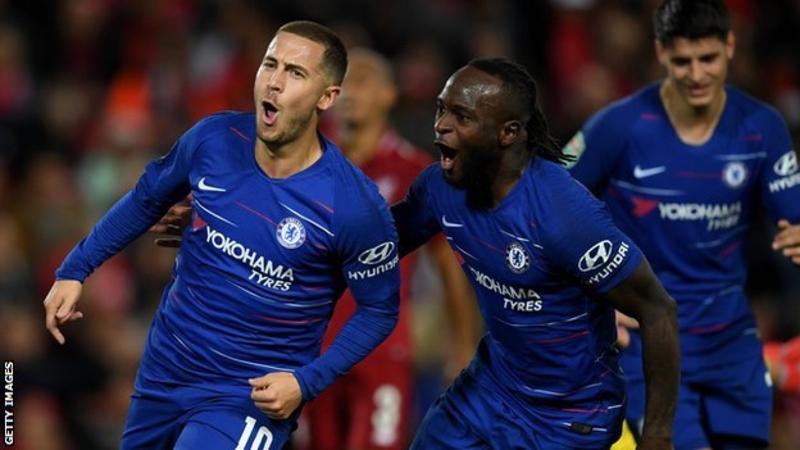 Eden Hazard is “one of the best in the world”, Chelsea assistant manager Gianfranco Zola said after the forward scored a stunning late winner against Liverpool in the Carabao Cup.

The Belgium international’s finish into the far corner with five minutes remaining sealed victory as Chelsea came from behind to end Premier League leaders Liverpool’s perfect start to the season and reach the fourth round.

Hazard was introduced as a substitute in the second half and although he was quiet for much of it, he burst into action by beating Alberto Moreno and smashing home.

“It’s a fantastic goal. Not only the beauty of it but for the time he scored it,” Zola said.

“In my opinion, we haven’t seen the best of him yet. He is remarkable.”

The Blues had been the better side in the first half with striker Alvaro Morata somehow striking a shot across the goal line and the Spaniard also nodded a free header over the crossbar.

Liverpool, who had won all seven games this season, took the lead through Daniel Sturridge’s well-executed hooked finish, just minutes after the England international missed a completely open net.

Chelsea levelled the contest through Emerson Palmieri’s close-range finish which needed intervention from the video assistant referee (VAR) to check for offside before being awarded.

Liverpool will be looking for revenge when the two sides meet again in the league on Saturday (kick-off 17:30 BST), while the fourth-round draw takes place on the same day at 21:00 BST.