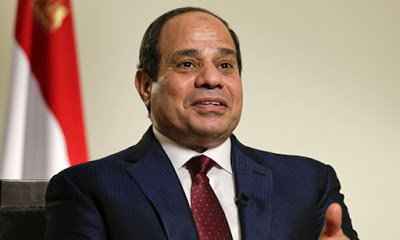 Egyptian President Abdel-Fattah el-Sissi has been sworn in for a second four-year term after being re-elected in a vote in which he faced no serious challengers.

El-Sissi took the oath of office Saturday before parliament amid tight security enforced throughout Cairo.

His only challenger in the March election was a little-known politician who supported him, after several more serious potential candidates were either arrested or intimidated into dropping out.

Egyptian President Sworn In For A Second Term was last modified: June 2nd, 2018 by Reporter