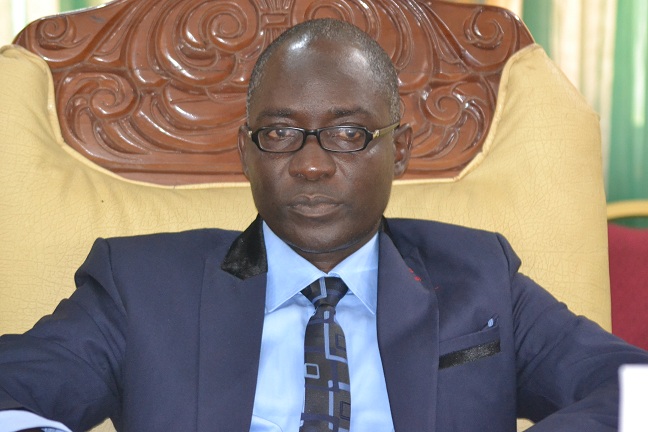 The name Dr. Olubunmi Kolapo Olushola did not ring a bell politically in Ekiti State until 2014 when he was picked among the numerous Deputy Governorship aspirants to Gov. Ayodele Peter Fayose. Surprisingly, he has over the years, made his state, especially, his local, council,  Ikere Ekiti, proud as one of the industrious sons of the area, He has carved a niche for himself in the academic arena, having risen to the position of Associate Professor at the University of Ife (ObafemiAwolowo University) and he also led the Christ Apostolic Church youth fellowship wing as the Director of the Higher Institution, NYSC and TEENS Affairs for 10 years (2004-2014), which God established through the late Pastor Samuel OlubusuyiArijesudade in 1970.

Though, he was born by a politician, but he never had the interest in politics until 2014 when he became the running mate to the incumbent governor of Ekiti State, Dr. Ayodele Fayose.

ABOUT HIS GUBER AMBITION

Before he came into politics in 2014, the leadership skill he had acquired from the Directorate of Higher Institution, NYSC and TEENS Affair in Christ Apostolic Church at the national level prepared him for the challenges ahead in any position he later found himself. So, since he was sworn-in as the Deputy Governor of Ekiti State in October 2014 the highest political office holder in Ekiti South senatorial district, his passion to serve his people has made him to develop interest in politics. And as at today, his foot soldiers are not only in Ikere Ekiti, but all over the 16 Local Government areas of the state.

The Deputy Governor, who would forever be grateful to his boss and mentor, Gov. Peter Ayodele Fayose, who discovered his potential as a politician and gave him the platform to exercise his leadership skill is one out of the many Ekiti South senatorial district politicians agitating that their districts should produce the next governor come 2018.

During his interview with City People, when asked his view about Ekiti South senatorial districts producing the next governor in 2018, he said: “I think we have the right to agitate for it. Likewise, every other senatorial district also has right too, but if we want to be fair, the Central and the North Senatorial Districts have produced governors respectively and since the inception of Ekiti State in 1996, none has come from the Ekiti South Senatorial District. So, I believe if we are going to be fair, Ekiti South should be allowed to produce the next Governor in the State.”

The Deputy Governor, Dr. Olubunmi Kolapo Olushola, is, however, yet to announce his guber ambition, but when asked he quoted response by using a Biblical verse, Lamentation 3v37 that says, “Who is he that says and that comes to pass when the Lord has not commanded a thing”. It will surely come to pass if the Lord commands it”.Though it is too early to start talking about this, but the truth of the matter is that I have the right to contest.

I’m from Ekiti South senatorial district and beyond that, Ikere people on the 5th of December 2016 said, being the largest Local Government in Ekiti South senatorial district, they were qualified and were interested in producing the next Governor in the year 2018. So, it is not a crime to show interest, but for now, we are waiting on the Lord to give us the go ahead because when he says go ahead, nothing can stop it.

One of the strength and chances of the Deputy Governor in the forthcoming governorship election might not be based on his years in politics, but his leadership skill and loyalty to his boss, Gov. Fayose and his party.  Though, the governor had said on several occasions that he did not have anointed candidate as he too is waiting on God to choose for him, but it is believed that whoever the governor supports might emerge the next governor of Ekiti State.

On the issue of chances that he has, first if the ticket is zoned to Ekiti South senatorial district, the Deputy Governor would have a brighter chance because his Local Government area in Ikere Ekiti is agitating to produce the next governor.   Another fact is that he is part and parcel of the current administration.

Dr. Kolapo Olubunmi Olushola was born to the family of Pa. Joshua Olusola Eleka and Deaconess Eunice Ademolabi Ojo Eleka both indigenes of Ikere-Ekiti 49 years ago. He attended St. Matthew Primary School and the Famous Annunciation Secondary School (ANCO) both at Ikere-Ekiti.

He had his first degree in Building from ObafemiAwolowo University (OAU) and holds a Master’s Degree in Construction Technology from University of Lagos and Ph.D. in Building Structures from Obafemi Awolowo University.  He started his academic career in 1990 as a lecturer when he was employed as a Graduate Assistant from where he rose through the ranks to become an Associate Professor in 2009, the position he held until 2014, when he was picked to contest as the Deputy Governorship candidate of the PDP.

Ekiti Deputy Governor Set To Run For Governorship His Strength & Chances Revealed was last modified: May 21st, 2017 by Reporter