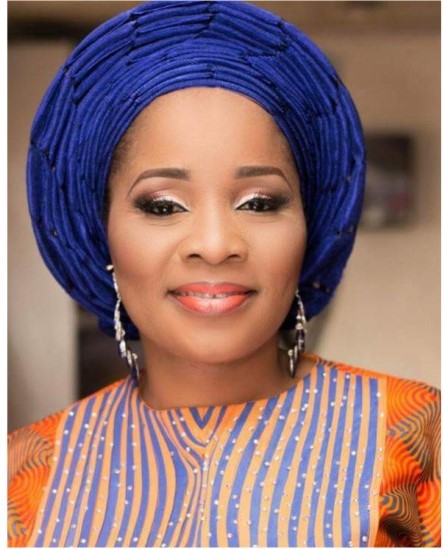 It was a very colourful event on Saturday, November 10th, 2018 when members of the Ikeja Metro Lions Club gathered at Solab Hotels & Suites, Off Toyin Street in Ikeja, Lagos for the presentation ceremony of Lion Elizabeth Omolade Ibe as the 17th Club President and installation of other club officers and fund raising luncheon for Lion 2018/19 project.

Mr Tajudeen Adeboyega Akande (FCA) the President of Lagos Country Club was the Chairman of the event. And the Chief Host was Lion Dupe Dada, the District Governor 404 B2Nig.

Lions Club International (LCI) is the largest service organisation in the world with close to two million members in 190 countries across the globe. It is an international club that was founded by Melvin Jones over a century ago.

The clubs aims and objective is to render quality humanitarian services to people.

The ambience at Solab Hotels & Suites that day was beautifully decorated, as it was the presentation of Lion Elizabeth Omolade Lewis Ibe as the 17th President, the installation of club officers, and induction of the new members of the Ikeja Metro Lions Club (District 404B2) Nigeria. It was a 2-in-1 event as it also included fundraising for community service projects.

Lion Blessing Modupe Umbeli who is also a Lions Club Member anchored the event, to the amazement of many. She did a brilliant job. She welcomed guests to their different seats as they came in. The event properly kicked off at exactly 3pm with the rendition of the national anthem and introduction of dignitaries to the high table.

Lion Modupe Christianah Dada loomed large at the event. She is a very important member of LIONS Club. She is the District Governor for District 404B2 Nigeria. She delivered her Goodwill and Congratulatory message to the new President and Officers, encouraging them to be good Ambassadors of the club, owing the fact that so much trust and confidence has been reposed in them. She urged them to demonstrate good leadership and capability by exhibiting the required dynamism and accommodating spirit to lift the club to a higher level.

Dr Seye Kehinde, the Publisher of City People Magazine was the Guest Speaker of the day He urged the newly elected President, Officers and Members of the club to continue the great service they render to humanity. He did not also fail to mention that the clubs impact to Community development has not gone unnoticed as they have been very active in hunger relief for the needy, creating diabetes awareness, sight preservation, disaster relief, treatment to pediatric cancer patients, to mention but a few.

The Chairman of the day was Mr Tajudeen Adegboyega Akande. He also expressed the honour he felt to be the Chairman of the day at the presentation of the 17th and 8th female president of Ikeja Metro Lions Club. He urged the newly elected officer to improve on the services renders to the community. He emphasised the fact that every individual is a force when it comes to community development.

The President and other club officers were inducted and decorated by the District Governor in the person of Lion Modupe Dada, as they also pledged their allegiance to the club.

Lion Seyi Micheal Akinade, a onetime Chief of Staff to one of the past Governors directed and attested to the Oath of allegiance.

Donations and fundraising for community project received large participation from the guests, as everyone ensured they contribute their own quota.

The newly elected President, Lion Elizabeth Omolade Lewis-Ibe gave words of appreciation to everyone who came and donated towards community development and she promise not to fail on the responsibilities she is trusted with.

LIST OF EXECUTIVE MEMBERS OF IKEJA METROLIONS CLUB FOR 2018/2019

READ ALSO: HOW THE CRISIS IN OGUN PDP & ADC MAY HELP GNI WIN